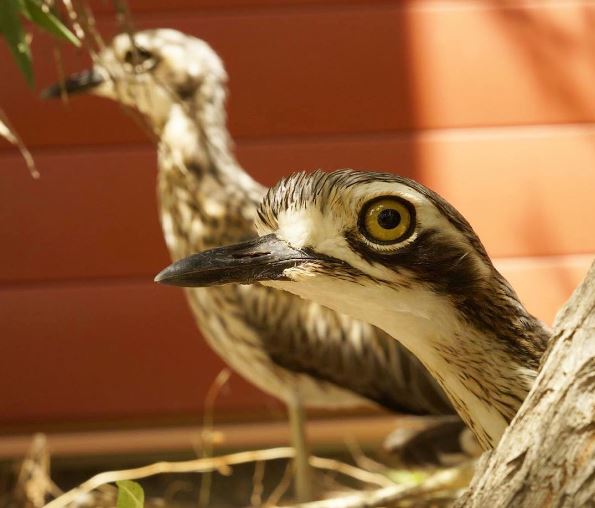 The Bush Stone-curlew has large yellow eyes and long thin legs. Its colouring is mostly grey-brown above, with bold black and rufous streaks. It has buff and white underparts with black streaks. Young birds are similar in colour, but are generally paler.

A drawn-out, mournful "wer-loooo", often heard at dusk and at night..

It eats insects and other arthropods, molluscs, small lizards, seeds and occasionally small mammals, which are taken from the ground at night.

Usually sedentary, with some local movements when not breeding.

One to three eggs are laid in a shallow scrape in the ground or on a small bare batch. Both adults incubate the eggs and care for the young. As a prelude to breeding, the species performs a courtship dance where multiple birds stand facing one another, bobbing and bowing to one another, then following one another about in a crouched posture. 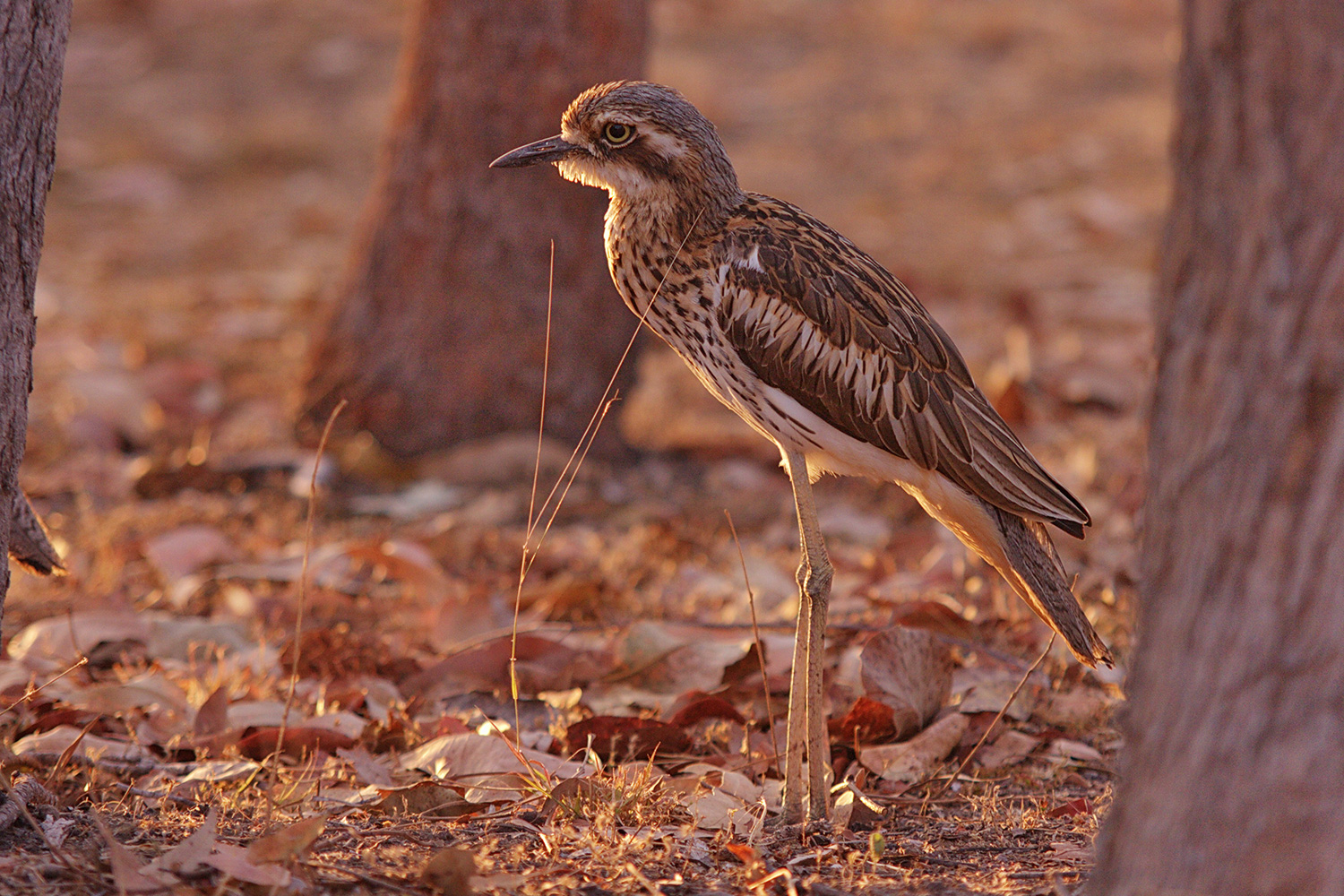 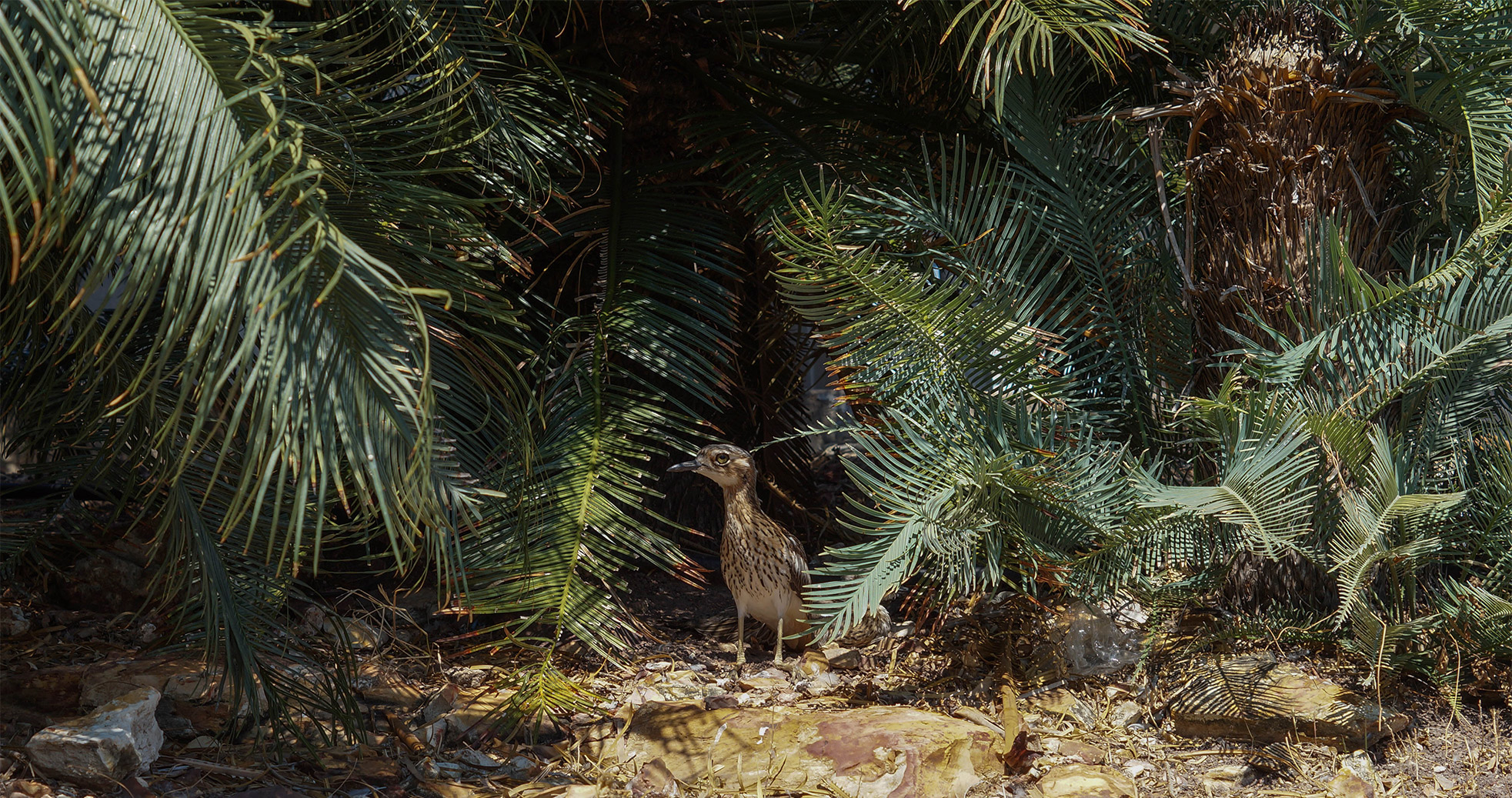 It is unlikely to be confused with any other bird in Australia.

Beach Stone-curlew (Esacus magnirostris) has a large bill and a more boldly marked face. It also lacks bold streaking on its body.