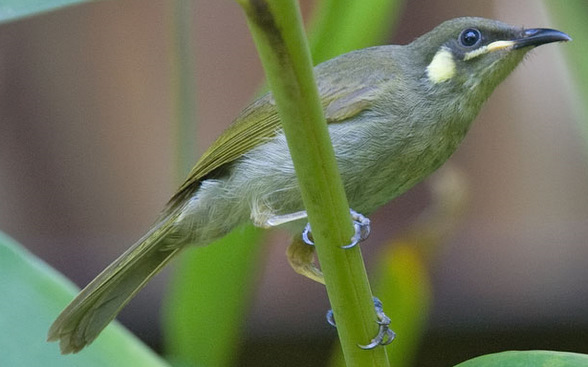 Dark grey-brown above with some brown streaking. It is paler below with lighter streaks and has a slightly down-curved bill. Young birds are paler.

A broad yellow facial stripe across its eye which is bordered with black.

Nectar, pollen, fruit, seeds, insects, lerps and honeydew. It forages at the flowers and among the foliage of trees and shrubs.

A partial migrant with regular movements to and from south-eastern Australia. Large flocks can be seen moving north in autumn and south in spring.

The female builds a neat nest, usually woven from grass and often bound with spider webs, but may also incorporate bark, lichen and plant stems, and placed in the understory of forests, usually in shrubs or small trees. Two to three eggs are laid, and these are incubated by the female for 14 days. Both parents feed the young and actively defend their territory during the breeding season. Its nest is sometimes parasitised by cuckoos. 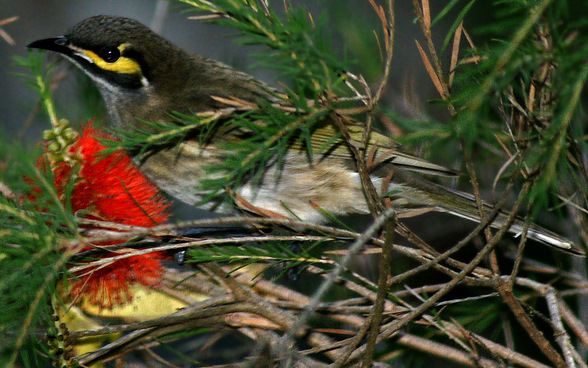 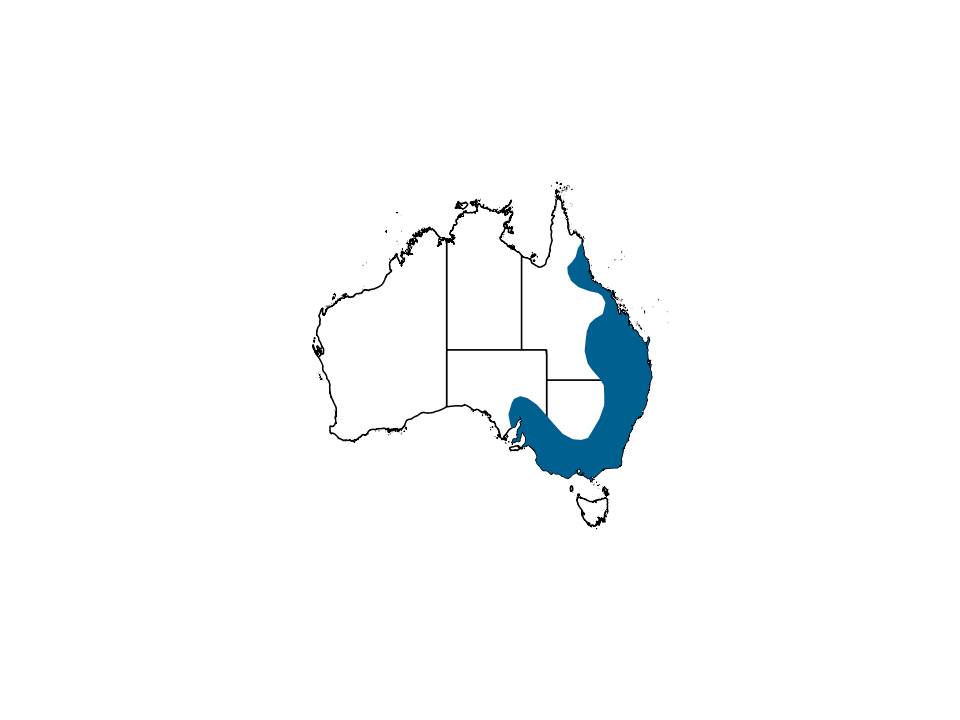 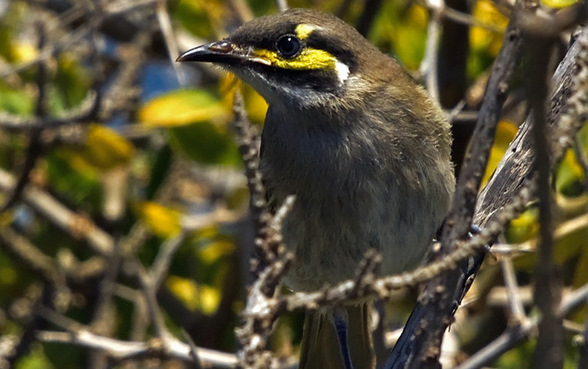 Singing, Varied, Mangrove, Bridled and Eungella Honeyeaters all have superficially similar facial patterns, but the Yellow-faced Honeyeater is smaller than them all, and its yellow facial stripe appears to run through the eye rather than below it.