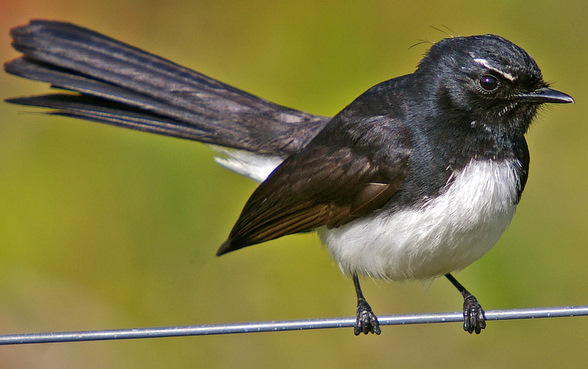 One of Australia's most widespread birds on mainland.Mostly black with a white belly and eyebrow.  A young bird has paler, slightly rusty edges to its wing feathers.

Whistled notes which can be interpreted as "sweet-pretty-creature"; also harsh chattering.

Agile and twisting. It is usually seen alone or in pairs, although in winter it may join a flock, often with other species.

It's nest is a neat cup of grasses covered with spider's web on the outside and lined with soft grasses, hair and fur. Three cream eggs, speckled with grey and brown, are incubated for 14 days by both parents. The young birds spend about 14 days in the nest then are driven away when the next clutch starts to hatch. In favourable conditions there may be four successive clutches in a season. 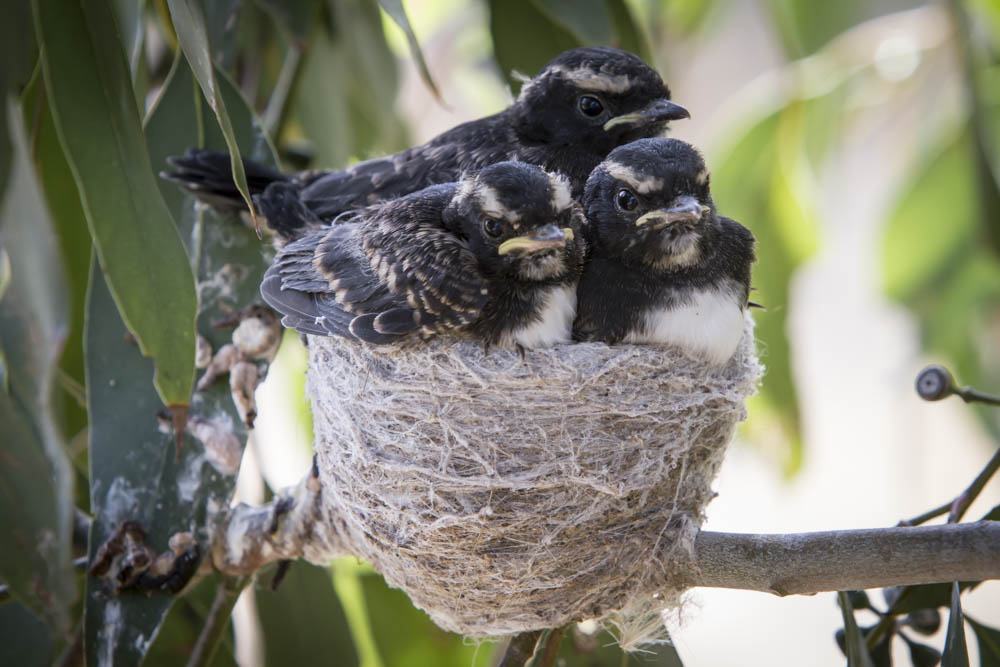 Warmer weather due to climate change may potentially extend the breeding season of Willie Wagtails by allowing them to start breeding earlier and continue until later in the year. 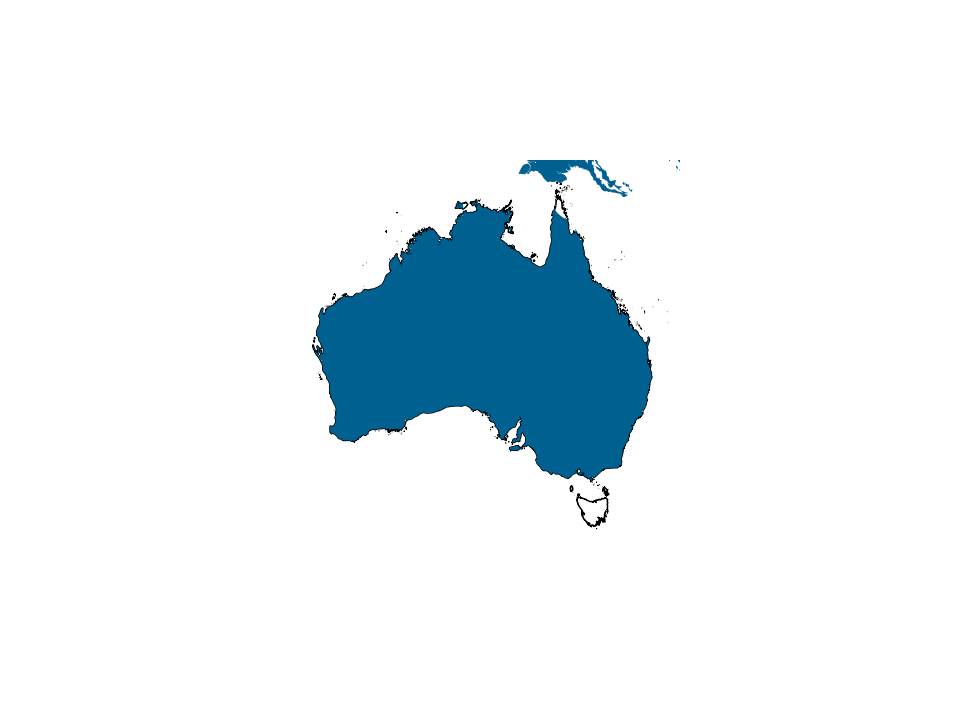 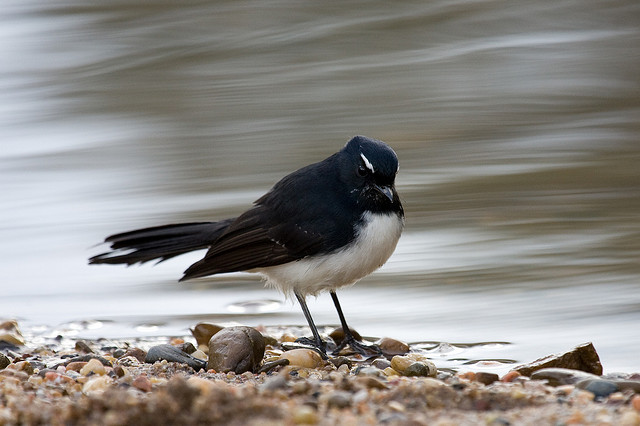 Any other black-and-white fantail or flycatcher generally won't have the black throat and white eyebrows.

Restless Flycatcher (Myiagra inquieta) has a black head crest which makes it look more angular, and lacks the white eyebrow. Its chin and throat are white, instead of black, and its tail is less rounded and doesn't wag.