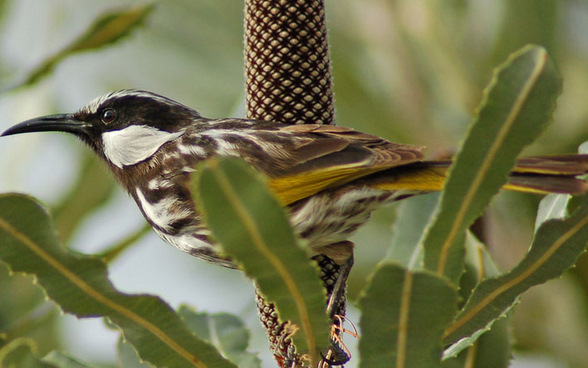 A medium-sized black and white honeyeater. It has large bright yellow tail and wing panels, with a large conspicuous white cheek patch on a mainly black head. Young birds are duller with brownish plumage.

Mainly nectar and some insects. Forages on flowers, bark or in the air.

Birds pair monogamously for the breeding season, with males defending breeding territories that can be held for several years. Males aggressively attack other birds of their own and other species during the breeding season, but not familiar birds such as their own mates, relatives and resident neighbours. The female builds a cup-shaped nest from twigs, bark, and other plant materials, lined with pieces of flowers (e.g. Banksias, Isopogons). The nest is placed low in forked branches of trees or shrubs, often close to the ground, well-concealed in dense foliage or in long grass. The female lays 1 - 3 eggs. The female incubates the eggs for around 15 days. Both parents feed nestlings for 15 days. 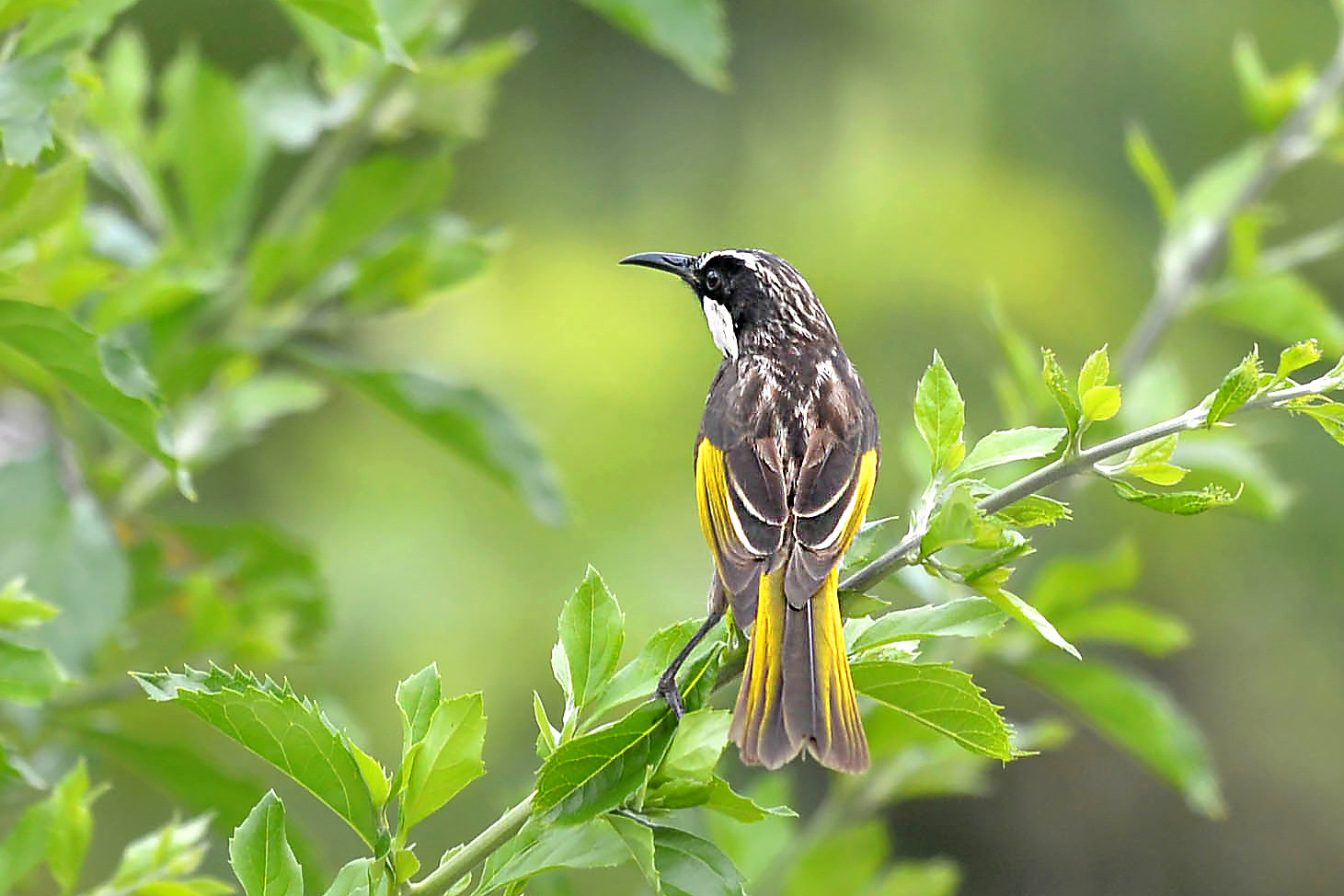 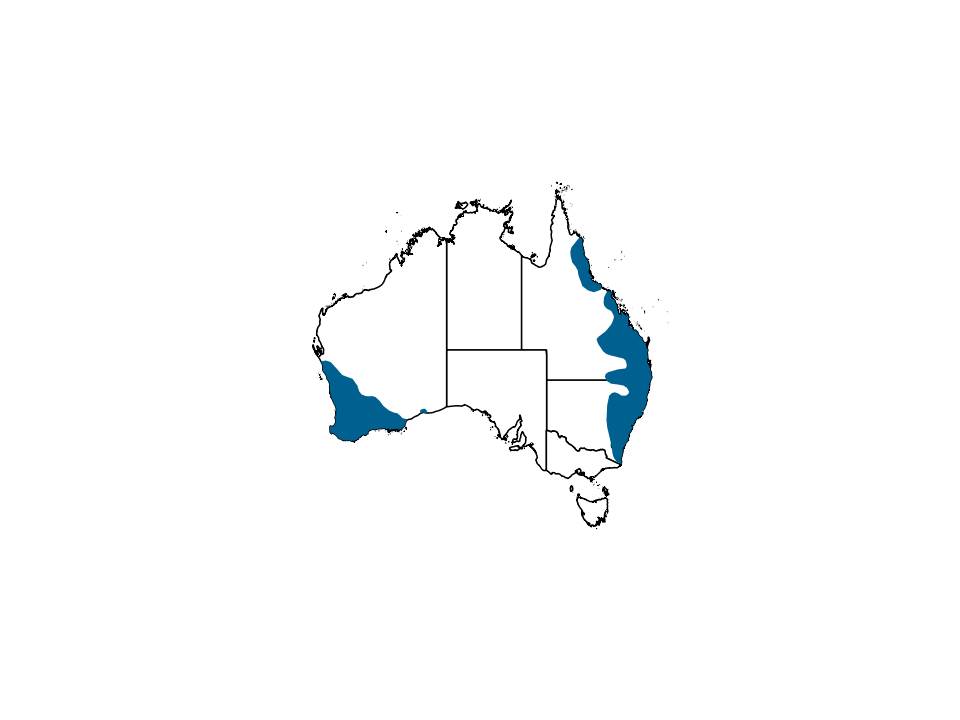 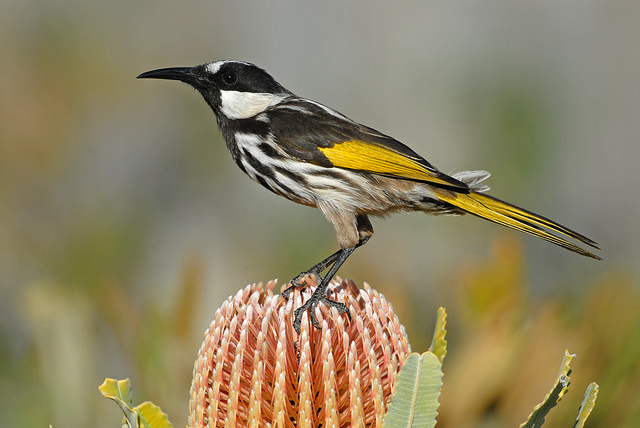 The New Holland Honeyeater (Phylidonyris novaehollandiae) is very similar in size, shape and appearance, but can be distinguished easily by its white eye. Other differences include the much smaller white cheek patch and an eybrow starting from behind the eye (as opposed to starting at the base of the beak).

Other black and white honeyeaters are much smaller, including the Crescent (P. pyrrhoptera), Tawny-crowned (P. melanops) and White-fronted Honeyeaters (P. albifrons).