The White-browed Scrubwren is a small, drab bird which inhabits the dense undergrowth in many different habitats. The male has a blackish mask; cream eye; white eyebrow and bold curving silver-white whisker-mark; rufous rump; and a variable dark tail band. The female is duller and her whisker-mark is browner.

Mostly insects and other small spiders and mites. Occasionally, they eat seeds.

The nest is made of a large ball of grasses and leaves with a side tunnel leading to a cup lined with feathers; located on or near the ground, in thick vegetation, but could be in a tree fork a few metres high. The eggs are pale blue to pale purple and are spotted with brown at the base. 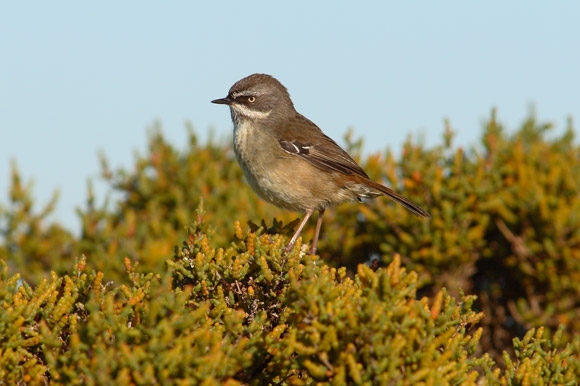 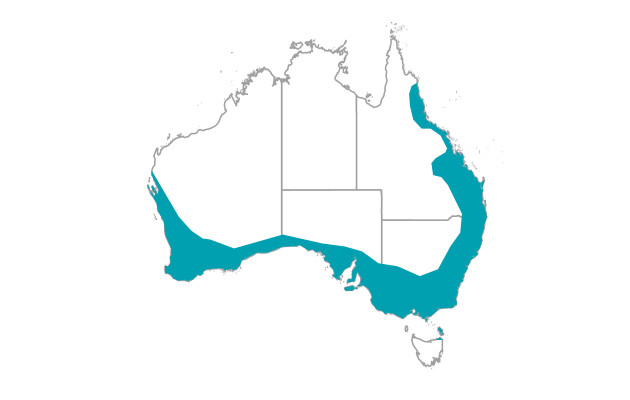 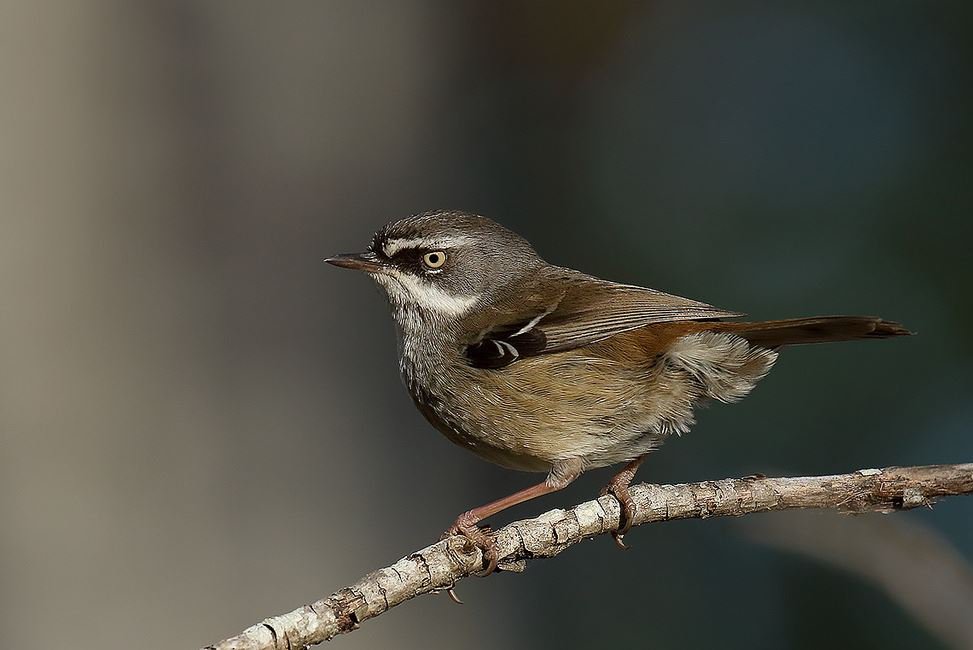 The Large-billed Scrubwren (Sericornis magnirostris) is lighter, largely uniform brown in colour and lacks any markings on the face.

Other Tasmanian and Tropical Scrubwrens.