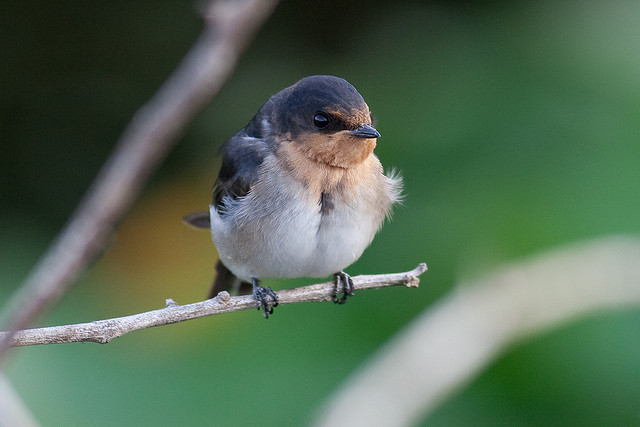 Metallic blue-black on top and light to dark grey on its breast and belly. Its forehead, throat and upper breast are rust in colour. It has grey legs and feet, and its eyes and bill are black. A young Welcome Swallow has shorter tail feathers than an adult and its forehead and throat are a creamy beige (instead of rust).

A deeply forked tail with a white band or row of spots on the long tail feathers.

A mixture of twittering and soft warbling notes, with a sharp alarm whistle.

A range of insects which it catches on the wing. Welcome Swallows feed in large flocks when there are many insects around.

Readily breeds close to human habitation. Its nest is an open cup of mud and grass, made by both the male and female. It is attached to a vertical structure, such as a rock wall or building, and is lined with feathers and fur. The female lays three to five eggs and she incubates them, although both parents feed the young birds. There are often two broods in a season. 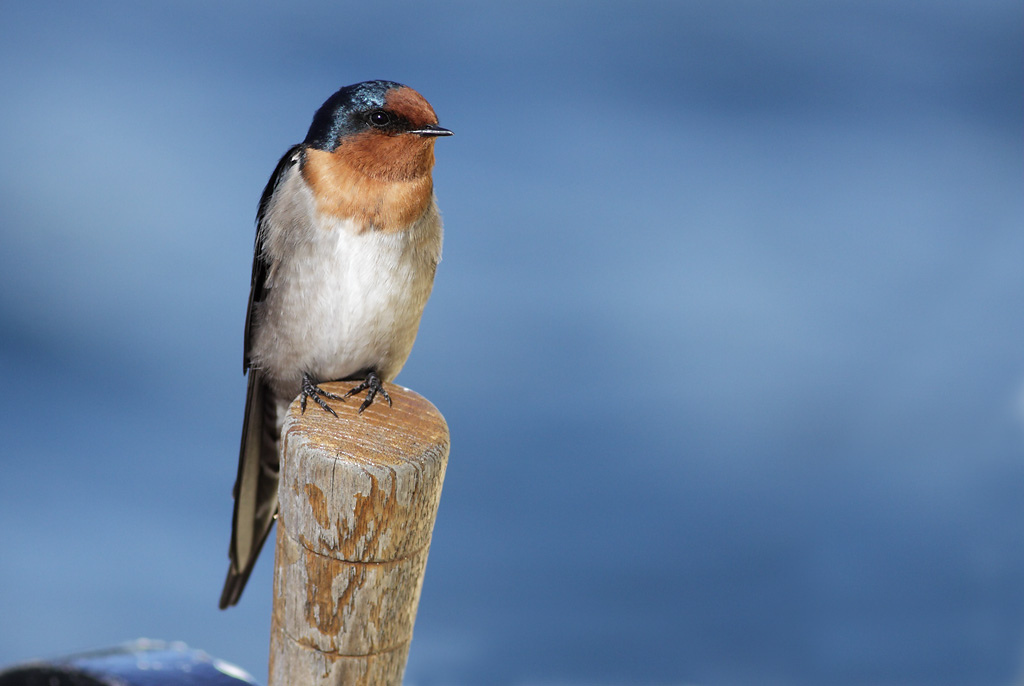 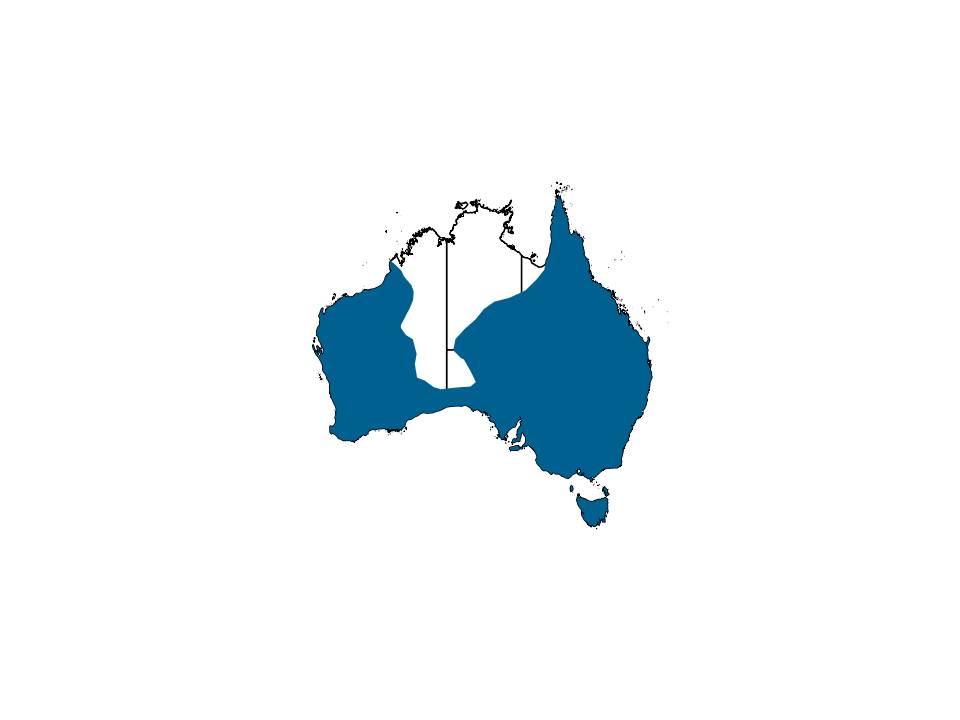 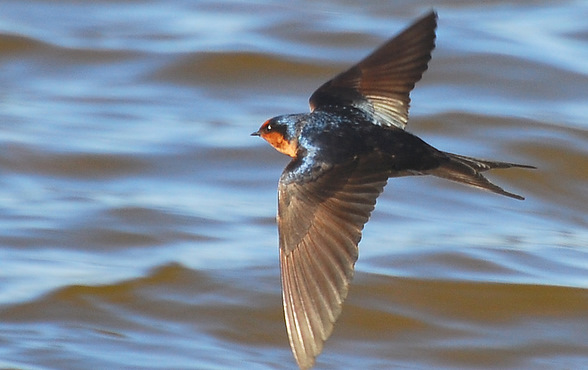 Another swallow wouldn’t have the Welcome Swallow’s rust-coloured forehead and throat.

Barn Swallow has a dark blue to black breast-band across its throat, separating its red chin from its white chest and underparts. In flight, the front edges on the underside of its wings are white, but on a Welcome Swallow they are grey.

Swifts are larger and has longer and more-curved wings, and rarely lands. Welcome Swallows are commonly seen sitting on perches.

Fairy Martin or Tree Martin has a shorter, squarer tail, and white to buff coloured rump.