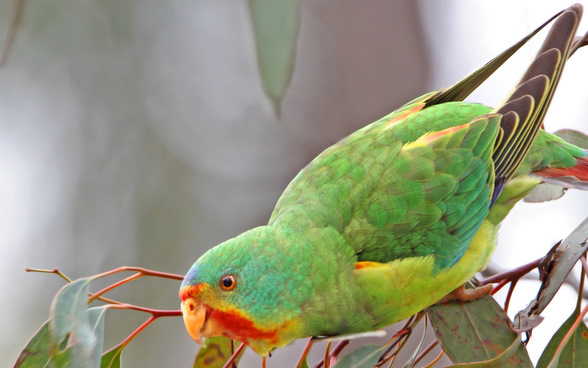 Mostly bright green, with a blue crown, cheeks and colouring on its wings. It has red around its bill, throat and forehead, and bright red patches under each wing. The red on its throat is edged with yellow and its long, pointed tail is purple-red. The female is slightly duller, with a creamy bar under its wings.

A distinctive "kik-kik-kik" usually given in flight, and soft chattering when feeding.

Mainly nectar from flowering eucalypts, as well as seeds, flowers, fruit and insects. Favoured feed trees include the Tasmanian Blue Gum, Swamp Gum, Swamp Mahogany, Spotted Gum, Red Bloodwood, Mugga Ironbark, and White Box. It is an active and agile feeder, often hanging upside down. It occasionally comes to the ground to drink.

Very fast and direct in flight. It is migratory, breeding in Tasmania and then moving to south-eastern mainland Australia (Victoria and New South Wales, with smaller numbers in south-eastern Queensland, the Australian Capital Territory and south-eastern South Australia) for the non-breeding season (from February–March to September–October). Its movements on the mainland are poorly understood, moving in response to food supply. Some have been recorded in Tasmania during the non-breeding season. It is usually seen in small groups of up to 30 birds, but sometimes congregates in much larger flocks.

It breeds only in Tasmania, mostly along the eastern coastal strip, the Wellington Range near Hobart and on Maria and Bruny Islands. It nests in hollows in old-growth trees across a range of eucalypt species. Many pairs breed close together and nest sites may be re-used, but not necessarily in successive years. Three to five eggs are laid which are incubated by the female for around 25 days. Young birds leave the nest after about six weeks. Two clutches per season may be laid, depending on the availability of food resources. 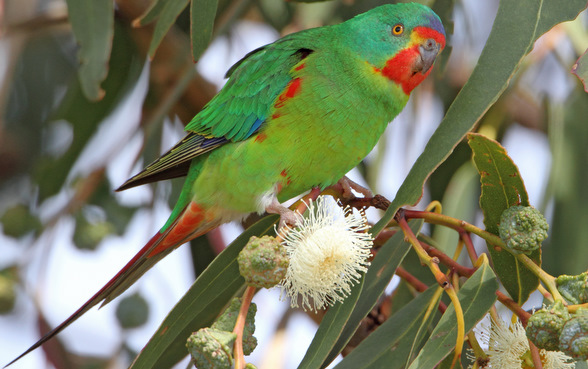 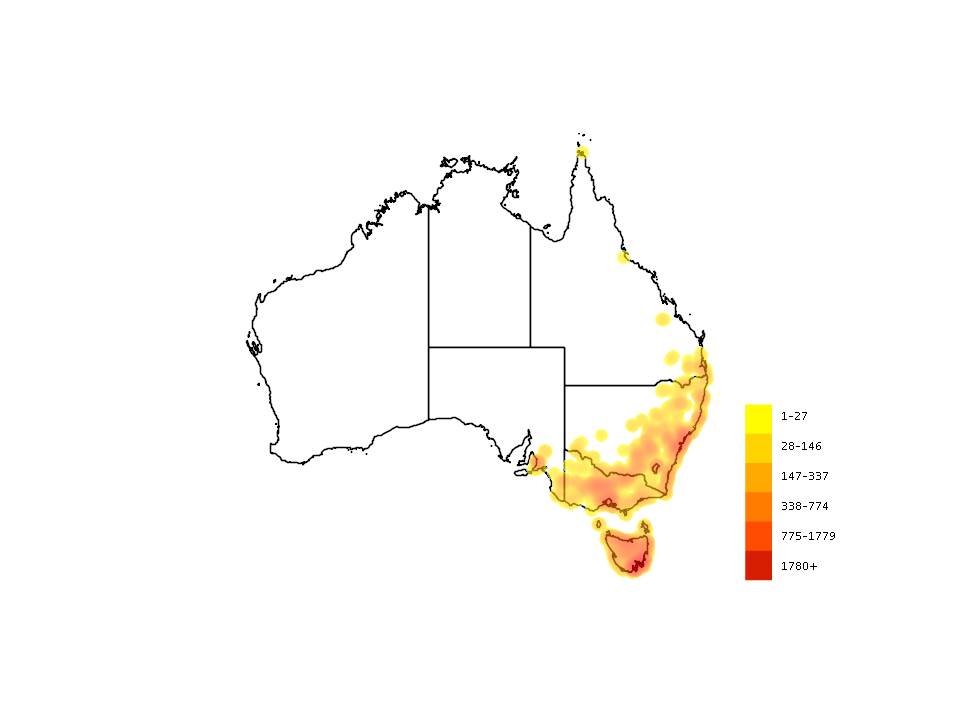 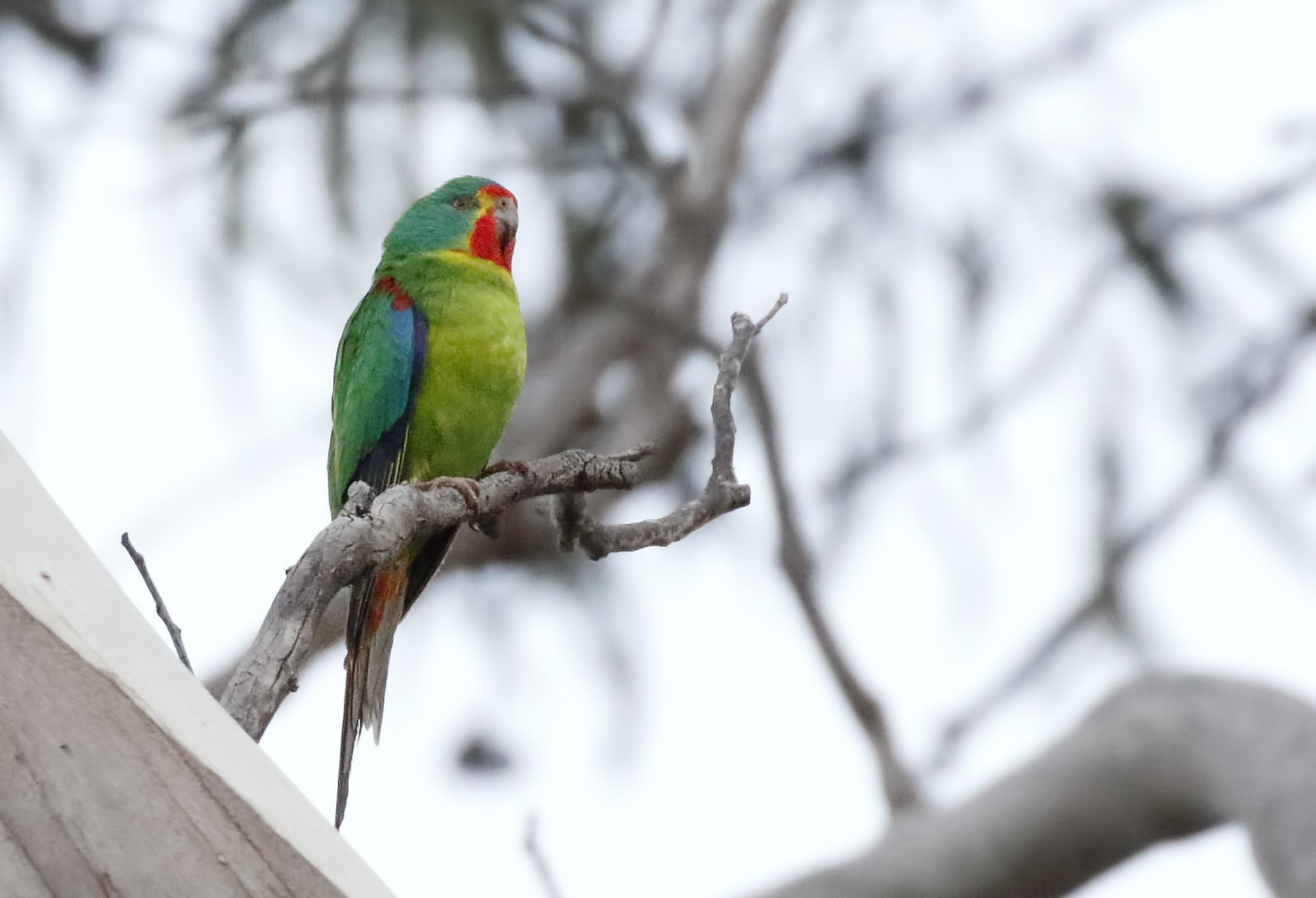 The Swift Parrot's distinctive flight call, streamlined body, long pointed tail and bright-red patches under its wing enable it to be readily identified.

Musk Lorikeet (Glossopsitta concinna) has a green, not red, patch under its wings.

Scaly-breasted Lorikeet (Trichoglossus chlorolepidotus) has scaly, yellow markings over its underbody compared to the uniform yellow-green breast and belly of the Swift Parrot, a green face with a red bill and a long pink-orange bar on its underwings.