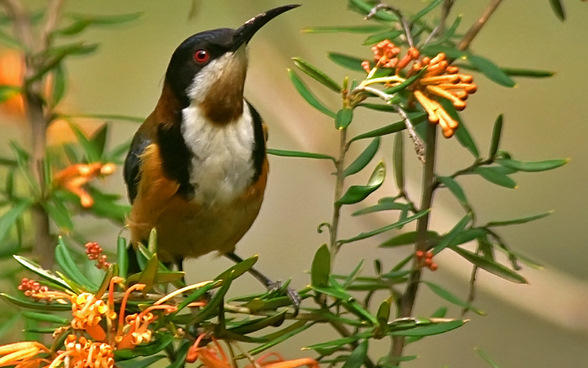 The top of the adult male's head is grey-black, extending in a line down either side of its white breast. Its throat is also white, with a rufous patch in the centre. Its wings and lower back are dark metallic grey and its upper back and underneath are buff. In flight, its white outer tail feathers are visible. The female has similar but duller colouring. A young bird has less distinct markings with dark olive on top of its head, a white chin and throat and a cinnamon chest and belly.

It has a very long, fine beak that curves downward.

A short, repetitive, high-pitched piping. During flight it twitters.

Insects and nectar from a wide variety of flowers including grevilleas, epacrids (heaths) and other flowering shrubs. It extracts the nectar while perched or hovering.

It remains in some areas throughout the year, sometimes with local movements. In other areas it occurs seasonally, often descending from higher altitudes to spend autumn and winter in lowland areas to escape the winter chill, and then returning to the hills in spring.

Both sexes collect nesting material, but only the female builds the nest, which is small and cup-shaped, made from twigs, grass and bark, and lined with hair and spider's web. She then lays two eggs which she incubates for about 14 days. Both parents feed the young for a further 14 days. 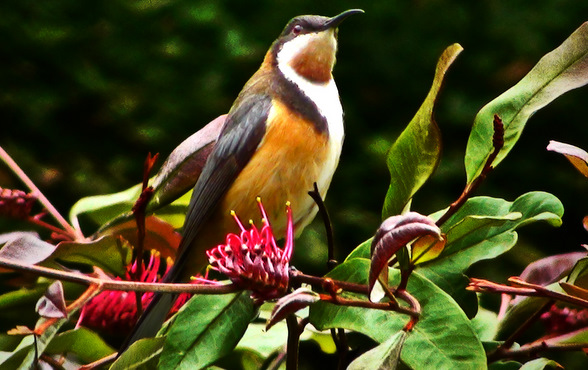 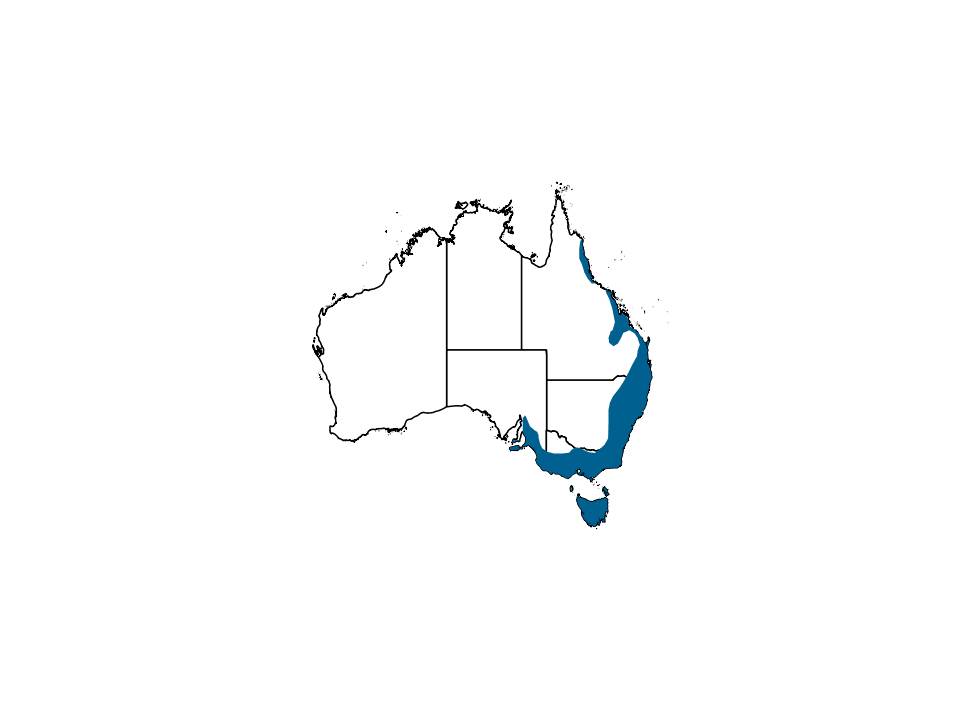 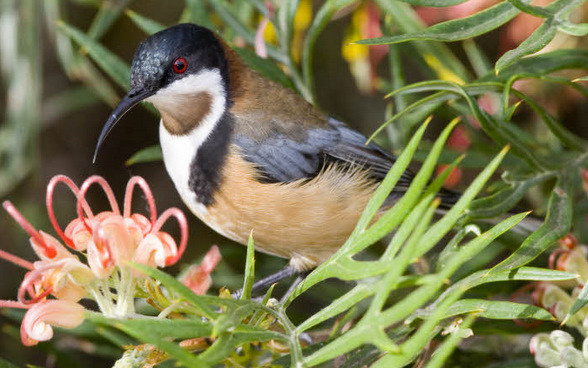 The Western Spinebill (Acanthorhynchus superciliosus) is very similar but not found in the same area.