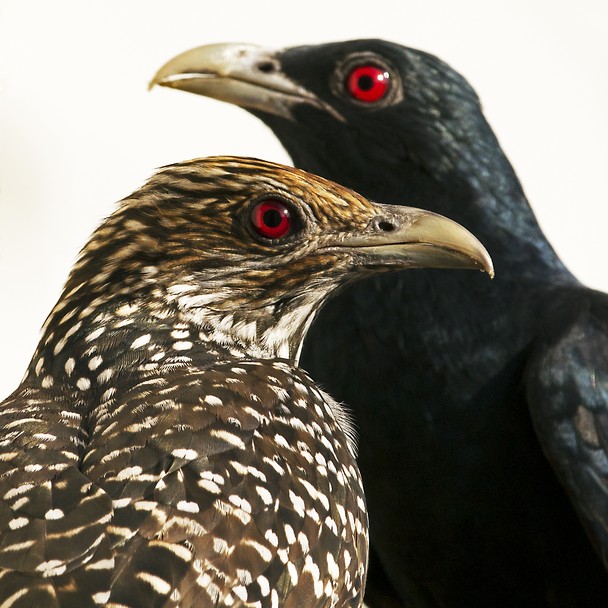 The adult male is a distinctive glossy black tinged with iridescent blue and green all over, including its long tail, and it has a striking red eye. The female is glossy brown with white spots on top, and buff-cream underneath with many fine black bars running across its belly. The top of its head is black or brown with pale streaks, and its tail is brown with white bars running across it. A young bird looks like an adult female but has buff barring on its wings and generally much more buff colouring.

During the breeding season, the male's call is a loud ascending whistle "coo-ee" or "ko-el" which is repeated monotonously, while the female's call is a repetitive "keek-keek-keek-keek". Males can often be heard calling throughout the day, though especially in the early morning and evening, and sometimes at night.

Mainly fruit such as figs and berries, and occasionally insects. It usually feeds in the canopy of trees.

A summer migrant, it arrives in Australia in late September or October each year from its winter home in south-east Asia. After breeding it leaves Australia in March or April, although some birds may remain in northern Australia.

After mating, the female lays a single egg in the nest of another bird species (called brood parasitism), commonly the Red Wattlebird, Magpie-lark, Friarbird or Figbird. After hatching, the young bird forces the other eggs and hatchlings out of the nest and the host bird raises it, unaware that it is not its own young. The young Koel grows to nearly twice the size of the host bird in four to six weeks, before migrating northwards, usually later than the adults. It returns the following year to breed. 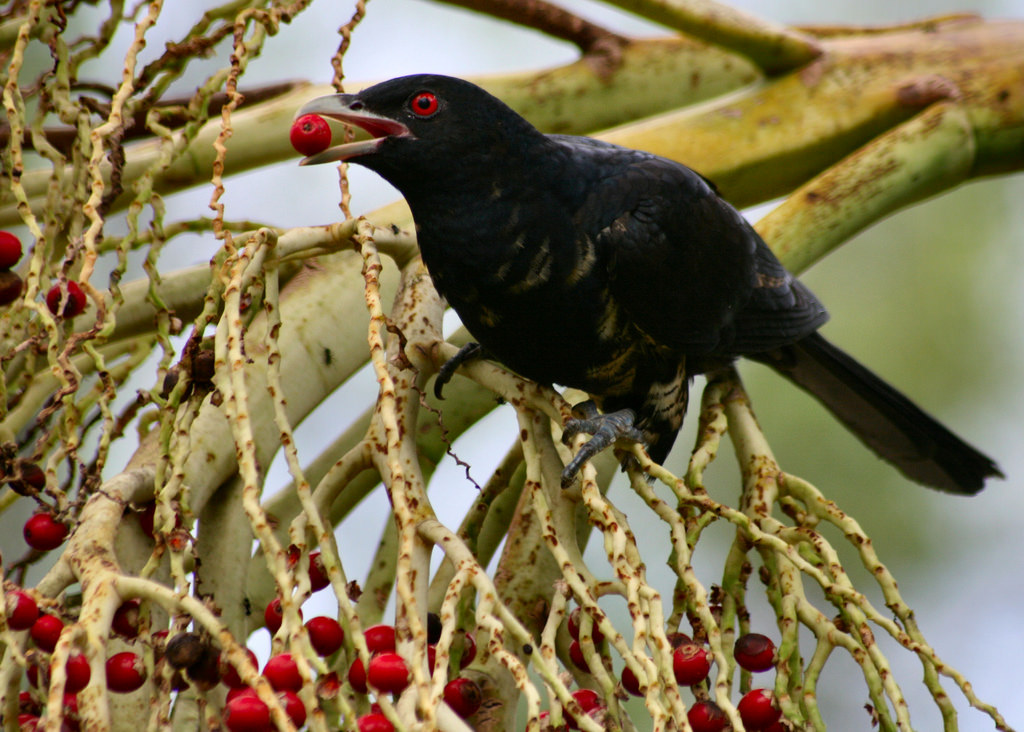 From September to March. Young birds are in nests for 3 - 6 weeks before fledging. 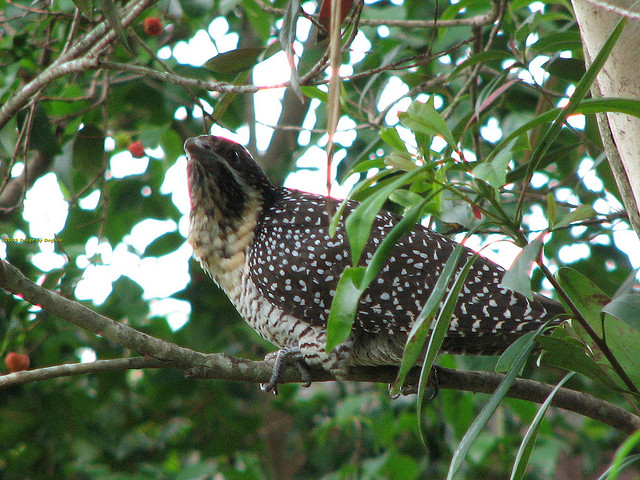 No other birds in Australia are similar to the Eastern Koel (formerly known as the Common Koel).