A medium shorebird with long skinny legs and a long beak. The Oystercatcher has a black head and black with a white belly, orange-red eyes, and very distinctive orange legs and beak.

These shorebirds feed on bivalve molluscs prised apart with specially adapted bills. Food is found by probing their long, chisel-shaped bills in the mud. Oystercatchers are one of the few waders that feed their young with this specialised feeding technique.

Breeds in pairs with a territory of 200 m defended by both birds. Both sexes share parenting duties. They nest on the sand just above high water mark on beaches, sandbars, margins of estuaries and lagoons. Eggs are well-camouflaged, pale brown with darker brown and black blotches and streaks. 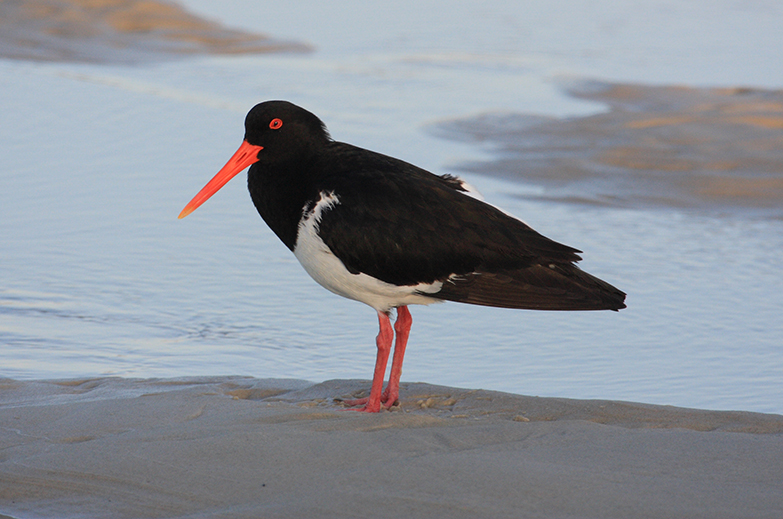 Australian pied oystercatchers nest on the upper parts of sandy beaches and are one of the main predators for pipis (marine bivalves) and beach invertebrates. This makes them vulnerable to the effects of sea level rise, storm surges and overuse by humans. They are listed as vulnerable by the NSW government and scientists are worried that their numbers are slowly decreasing in the wild. 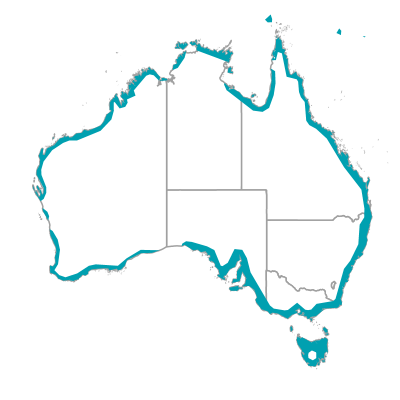 August to January for breeding. Throughout the year for presence. 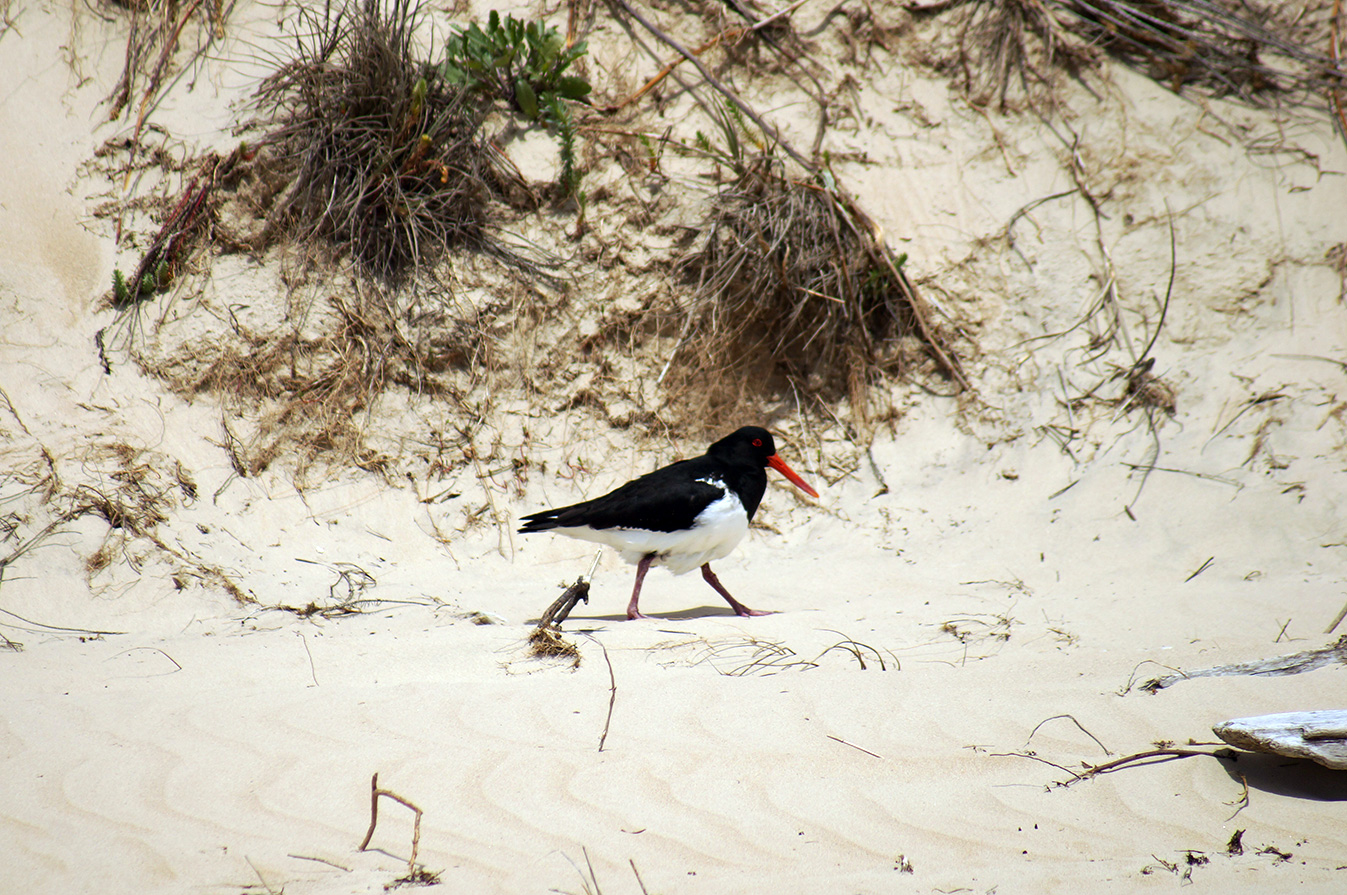