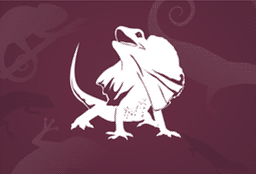 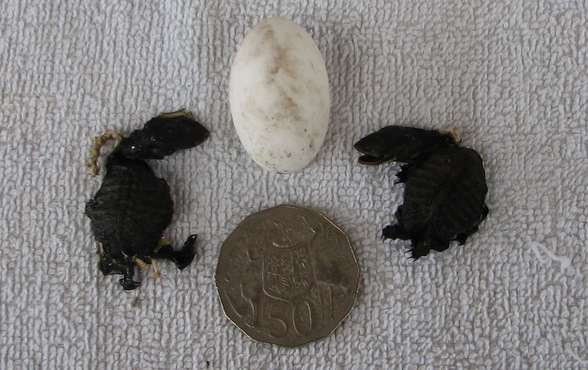 The original specimen collected and given the name Chelodina oblonga is now thought to be from a species of long necked turtle found in northern WA and the Northern Territory, the Northern Long-necked turtle (Macrochelodina rugosa). The first specimen of the oblong turtle seen in southwest WA was originally classified as Chelodina colliei.

The carapace (upper shell) ranges in color from light brown to black. The olive to gray neck is thick, with blunt rounded tubercles. The head is large and flat with a protruding snout and an unnotched upper jaw.

When prey is in range the Oblong turtle can strike its head forward to seize it.

Males become sexually mature at a carpace length of 14 cm. Females with a carpace of 15 - 21 cms are usually mature. Nest sites are usually open and free from thick vegetation, and once the maximum daily air temperature remains above 17.5°C the females come ashore to nest. Nesting in Spring is triggered by a falling trend in barometric pressure below 1015Hpa. Females can lay up to three clutches during the nesting season from September to January. Each clutch ranges from 3 -15 eggs The natural incubation period ranges from 183 to 222 days, depending on weather conditions. Hatchlings are approximately 31 mm in carapace length. 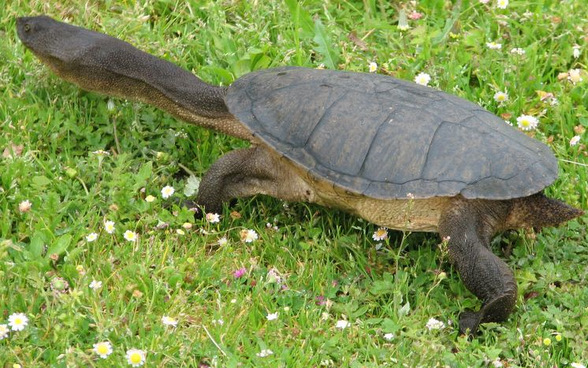 These turtles don’t tend to aestivate (spend a hot or dry period in a prolonged state of torpor or dormancy) over summer so drying out of aquatic habitat causes increases in mortality. Poor quality habitat can cause females to halt reproduction indefinitely until conditions become favourable, causing a reduction in recruitment and bottlenecking of populations, increasing the risk of population crashes. 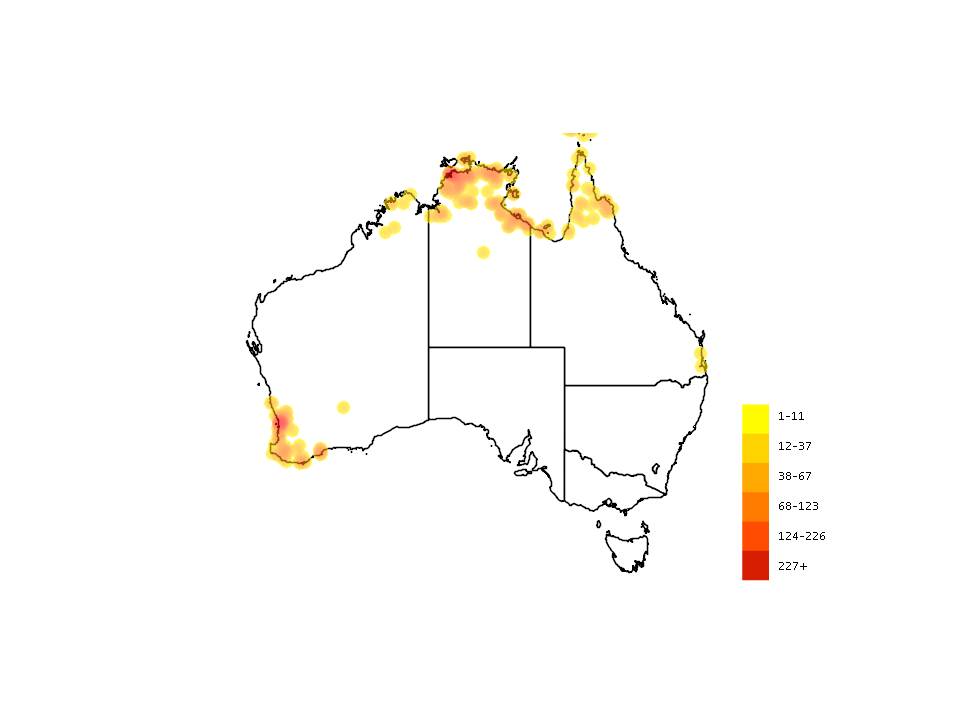 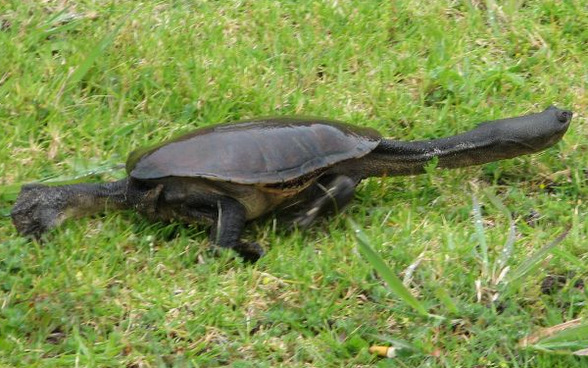 Similar to the Flat-shelled snake-necked turtle but the upper shell or carapace is much longer than wide hence the name oblong turtle.