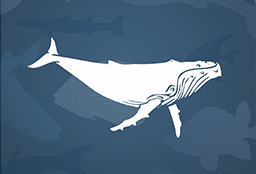 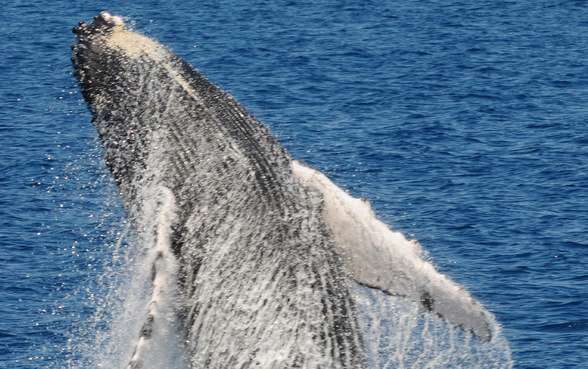 Dark grey to black on top and usually white on the belly. Humpbacks have very large, elongate pectoral fins, a small but prominent dorsal fin and a large, bushy blow (up to 5 m tall).

The large fins, dark tail with white underneath, active breaching and tendency to “hump” their backs and raise their tail out of the water before diving, distinguish humpbacks from other whales.

Adult humpbacks can reach a length of up to 15 m.

Humpbacks are generally active whales. When resting, they are often seen jumping spectacularly out of the water, rolling belly side up, or waving their tails and fins out of the water.

They have one of the longest migrations of any mammal and migrate alone or in temporary aggregations of usually non-related individuals.

Females with their new born calves often rest quietly at the surface. 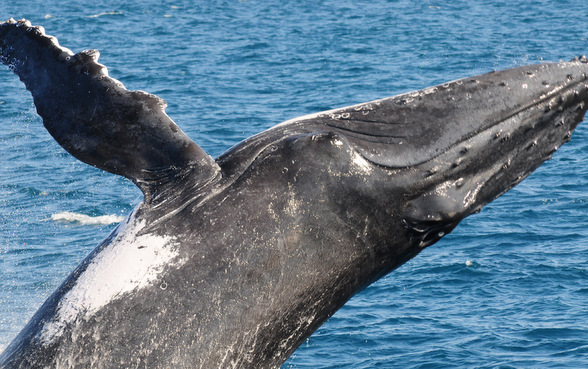 Climate change may reduce the productivity of the Southern Ocean, impacting the distribution and availability of the Humpbacks main food source, krill. Changes to ocean circulation patterns and temperature could affect the timing and location of their migration and breeding. Competition with humans and other whales for food sources and increasing interaction with tourist vessels and commercial shipping, may stress population recovery for Humpbacks. They may alter their feeding behaviour and migration in response to changes in ocean currents, temperatures and stress caused by increasing human interaction. 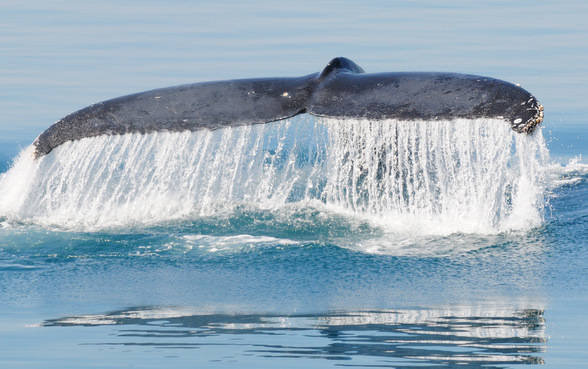 The exact timing of migration can vary from year to year and may be related to food supplies in the Antarctic. They have been sighted all year round in South Australia and Victoria, indicating that not all of the whales in the two Australian populations migrate to the Antarctic to feed. 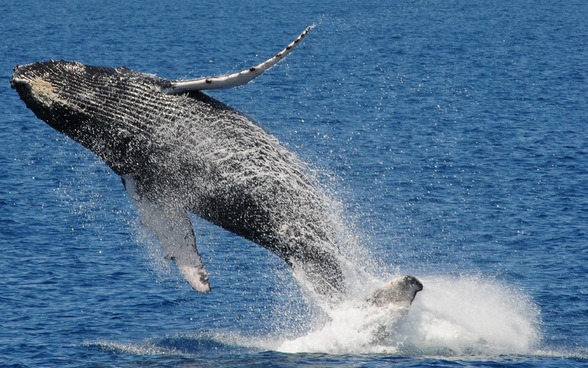 Photo tips: Individual Humpbacks can be identified by the unique scars and patterns on their tails. Tail photos are best taken from behind the whale after it has raised its body and tail to enter a dive. Photos should be taken of all whales sighted and having your camera set to ‘continuous shooting mode’ will ensure the best possible chance of clear identification from photos.

Southern Right Whales are similar in size and shape but lack a dorsal fin. They have a distinctive V shaped blow and smaller square-shaped fins and white bumps on their heads called callosities.