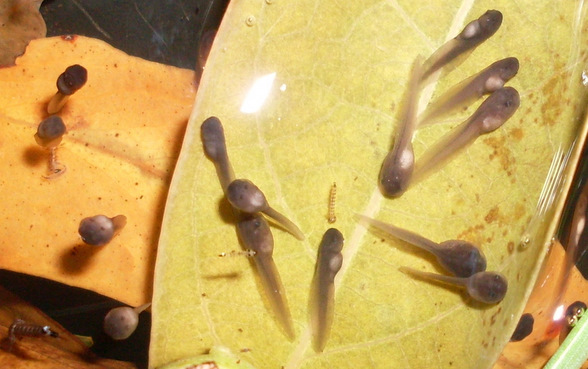 The striped marsh frog or brown-striped frog is a common species in urban habitats It is a mostly aquatic frog native to coastal Eastern Australia.

A pale to grey-brown back with darker brown stripes. Usually also a pale stripe running down the middle of its back. Its belly is white and often flecked with brown, and there are dark spots and stripes on its limbs.

Males call while in or near water. Their call is a single, short “tuk” or “whuck” which is repeated every few seconds. It has been described as a popping sound, like a tennis ball being whacked, or a hammer striking an anvil.

Almost any animal smaller than itself, including moths, flies, ground-dwelling insects and other frogs.

Hides under logs, stones and leaf litter during the day, and is usually not far from permanent water.

Occurs in permanent water more commonly in the warmer months. Males begin to call on land and then move into the water from where they usually call at night. Females lay their eggs in a floating foam of bubbles (often attached to vegetation) in the still waters of swamps, marshes, dams and ponds. The tadpoles hatch after a few days. 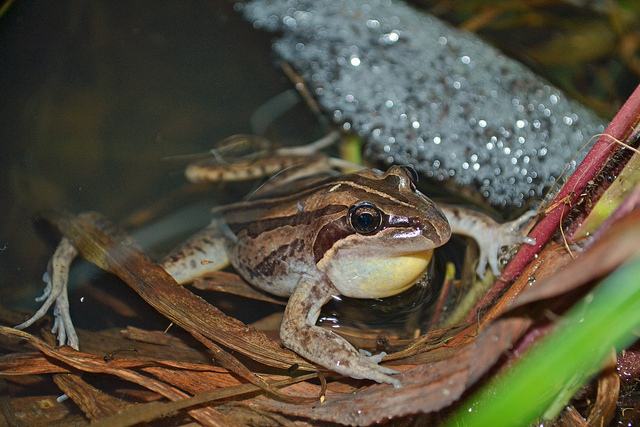 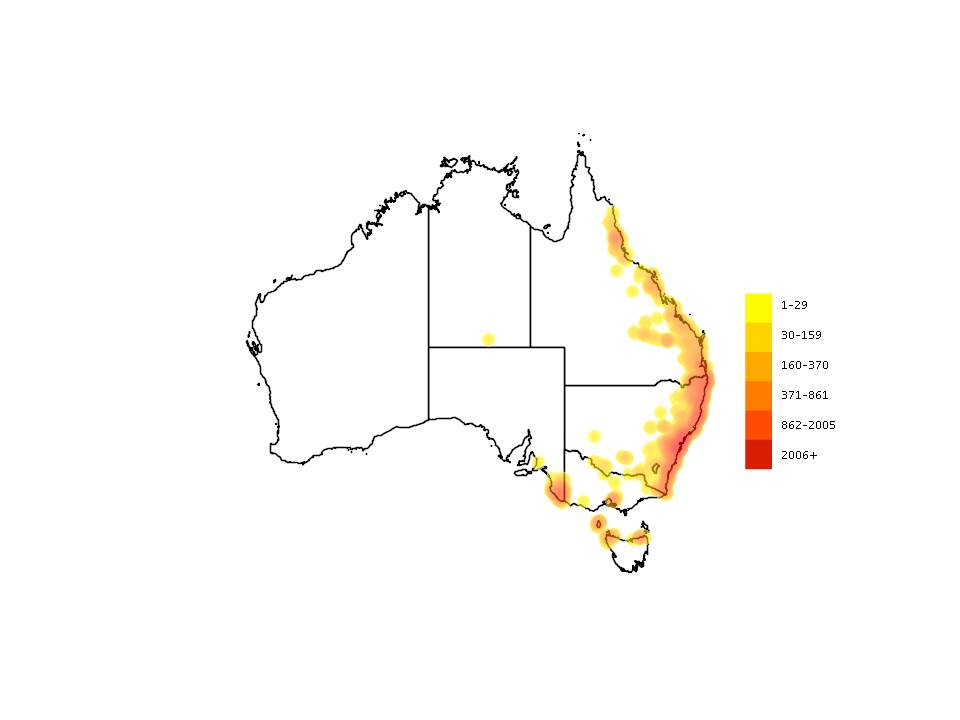 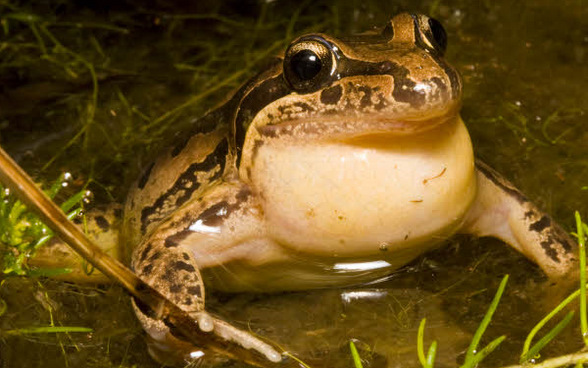 Spotted Marsh Frog has spots rather than stripes on its back.

Barking Marsh Frog also has spots rather than stripes on its back.

Salmon-Striped Frog has pink-to-orange stripes and lacks the two-coloured iris.