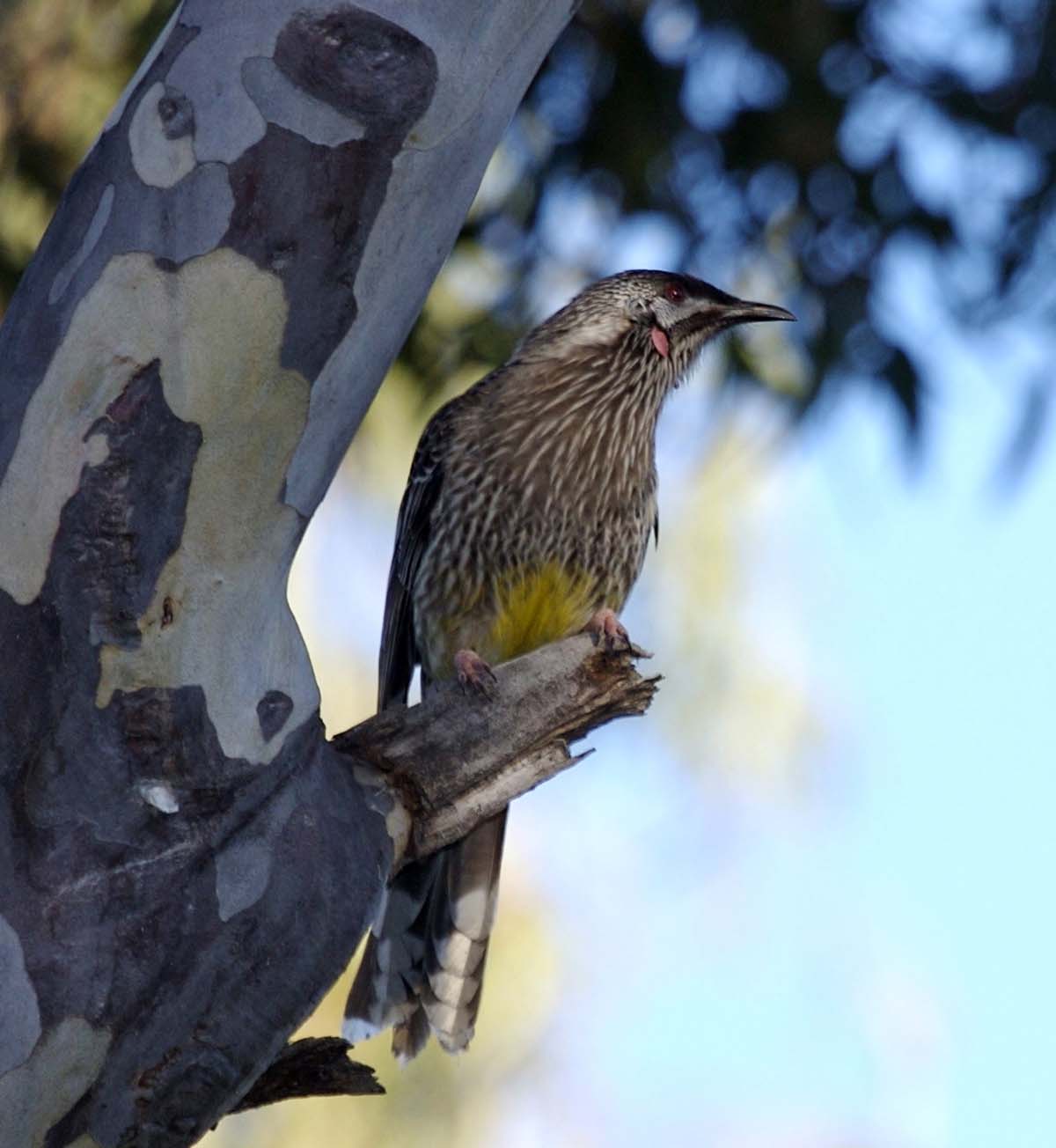 A fleshy reddish wattle (skin flap) is on the side of the neck. Plumage is grey-brown on body, with prominent white streaks and yellow on belly. Face is pale and tail is long with a white-tip. Young Red Wattlebirds are duller than the adult and have a brown, rather than reddish, eye. The wattle is also very small and pale.

Its nest is an untidy saucer of sticks, leaves, and grass lined with bark-strips, fur, and hair; 2 - 16 m high in the fork of a tree or on a branch against trunk.

The male produces a loud cackle and the female a whistling call. The male’s call can be described as a squawking, coughing or hiccupping sound with the occasional harsh ‘yac a yac’ and ‘chock’ sound from both sexes.

Primarily feed on nectar but have been observed feeding on insects and small fruits.

July to December, though occasionally outside these months if conditions are favourable. One or two broods are laid each year. 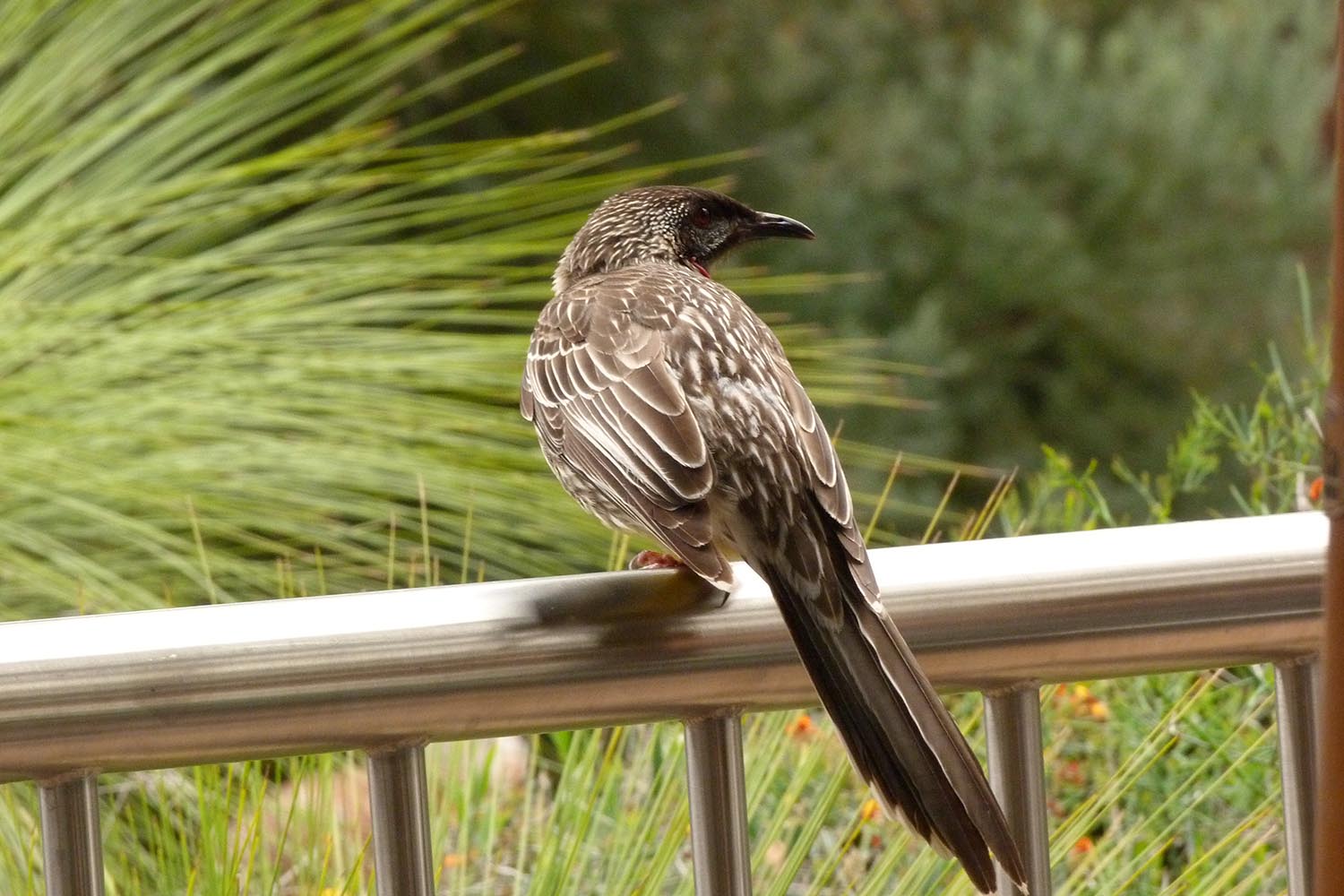 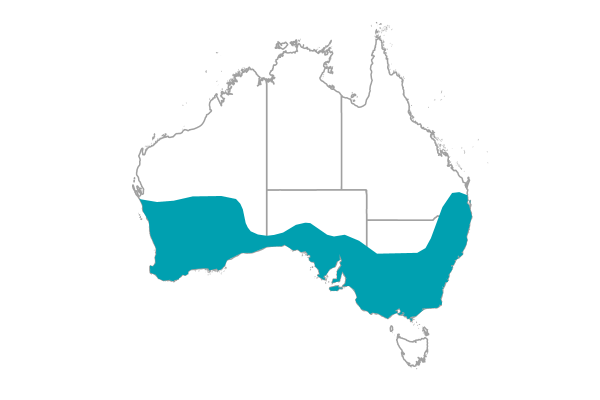 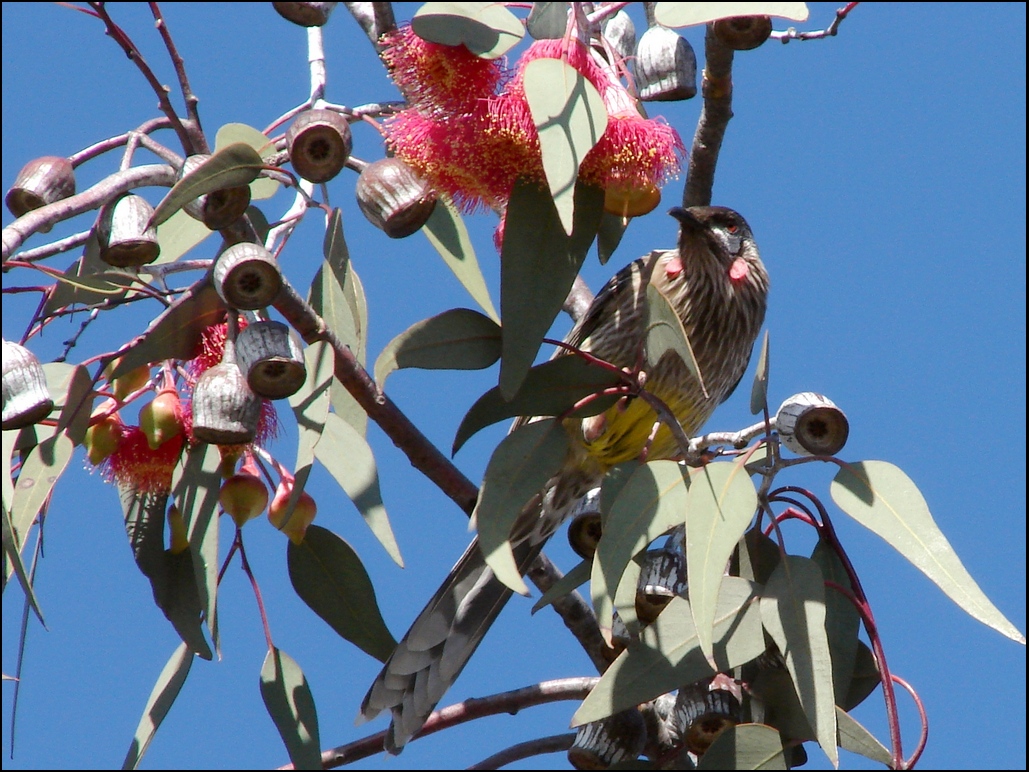 The Red Wattlebird can be distinguished by these other birds by its distinct red wattle on the side of its neck. Be sure to also listen out for its distinct call to confirm your sighting.

Spiny-cheeked honeyeater: The beak of this bird is red with a black tip. Plumage is brown and predominately white on its underbelly, does not have a yellow belly.

Yellow Wattlebird: Larger with paler streaking in its plumage as well as long yellow wattles.