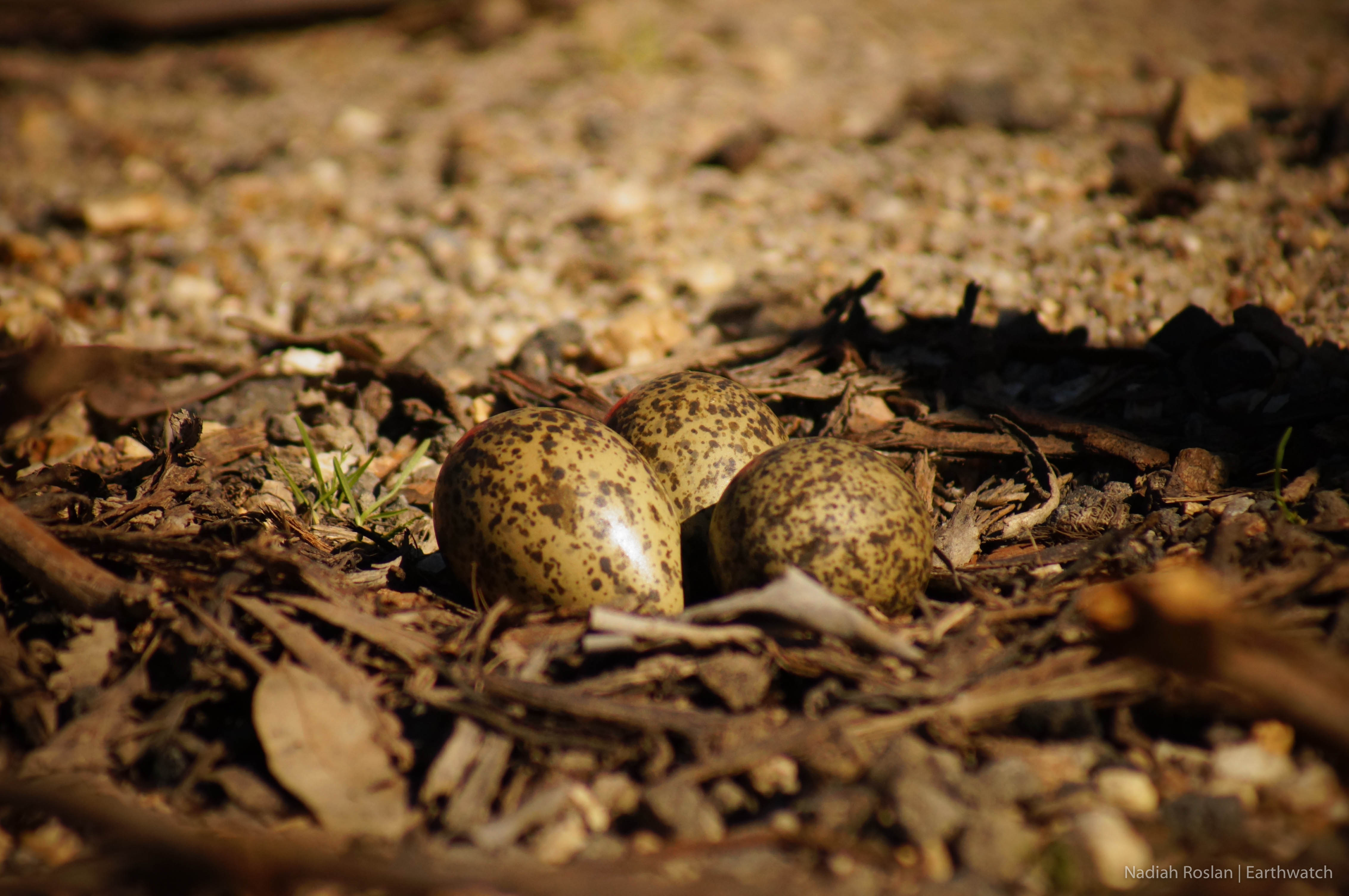 The top of its head and its hindneck are black. Its forehead is covered with bright-yellow skin, which hangs down to form wattles. The rest of the head is white. Its back and wings are pale grey-brown. Below, black plumage extends from the hindneck onto the sides of its breast, and the rest of the underparts are white. Its long legs and feet are reddish and its bill is yellow. It has a prominent spur on each wing.

Juveniles are similar to adults, but have dark ‘scallop’ markings on the back and wings, and the wing spur and wattles are either smaller or absent.

A yellow wattle that extends from its forehead to behind its eye and hangs down beside its chin.

A loud penetrating "keer-kick-ki-ki-ki"; it is sometimes called the alarm bird.

Mainly insects but also worms, spiders and snails. Most food is obtained from on or just below the ground. They usually feed in pairs, but sometimes also singly or in small groups.

It will swoop at passers-by during breeding season.

May breed in any season when conditions are suitable. Its nest is a simple scrape or small depression in the ground. Between 3 and 5 eggs are laid, and they are incubated by both parents for 28 to 30 days. Chicks are able to feed themselves as soon as they hatch. The parents are extremely defensive around their nesting site, particularly after the young have hatched. Young are independent after 8 to 10 months, but they may remain with their parents for up to 2 years.

The effects of climate change may influence a change in the timing of when Masked Lapwings start to breed and the duration of their breeding activities. 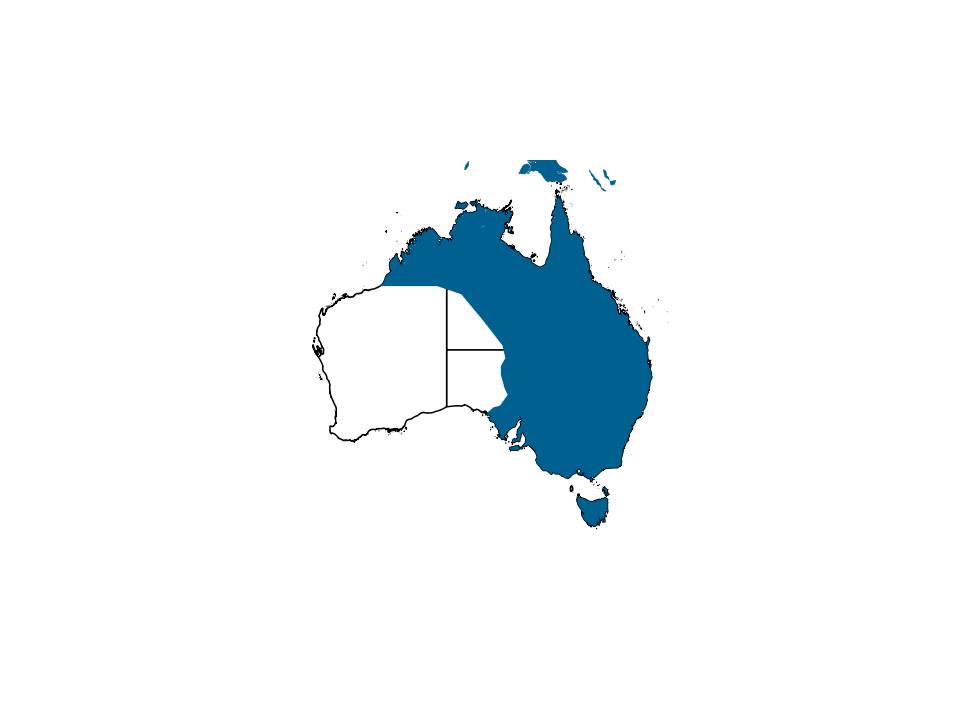 From late spring through to winter in northern Australia and from late winter to early spring in southern Australia, though breeding may occur at any time when conditions are suitable. 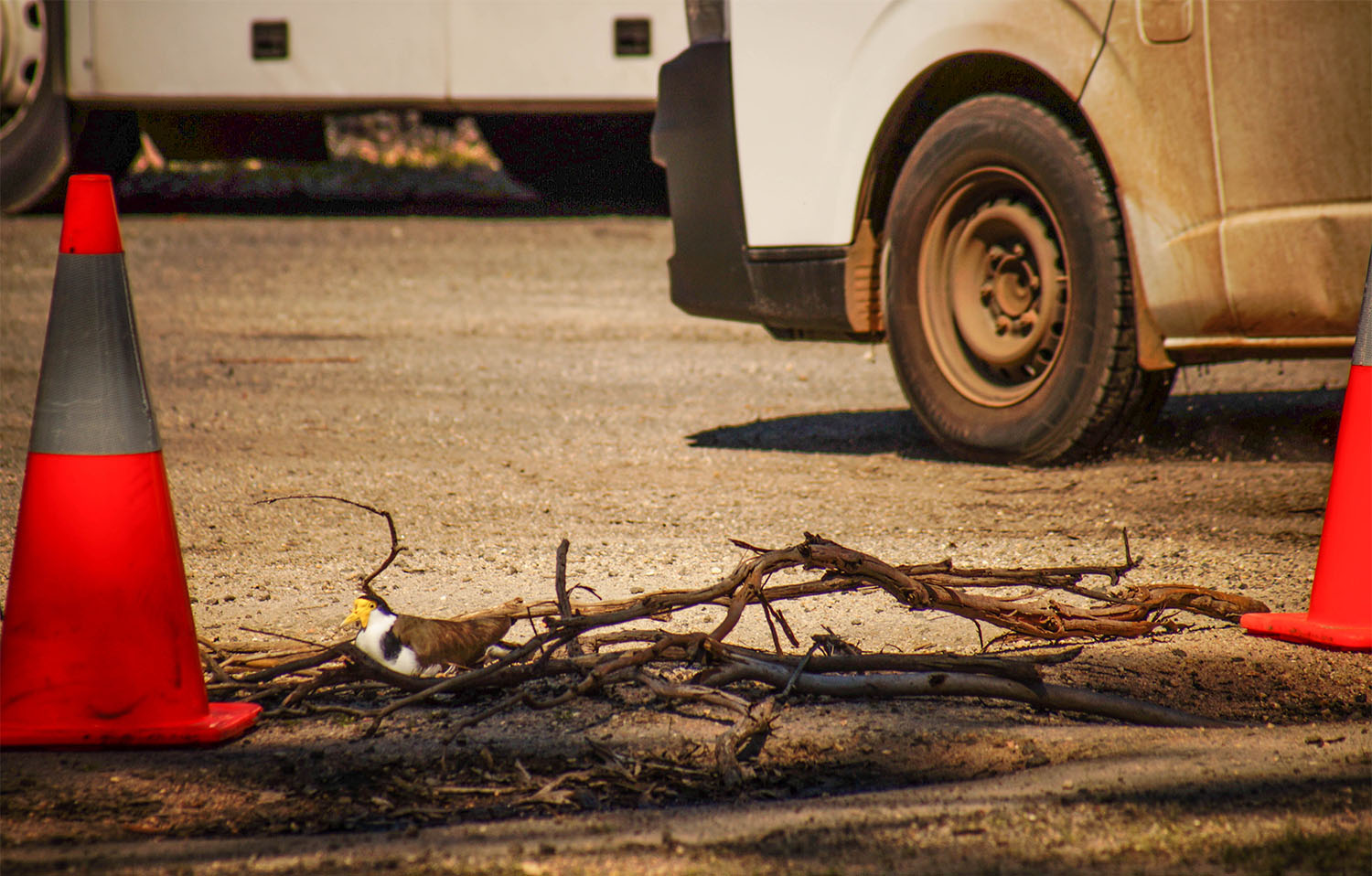 Banded Lapwing (Vanellus tricolor) is smaller (25 - 29 cm long) with much more black on the head and lower breast, with a distinct white eye-stripe and white throat and upper breast, forming a white ‘bib’. There is also a distinctive red patch at the base of its bill.