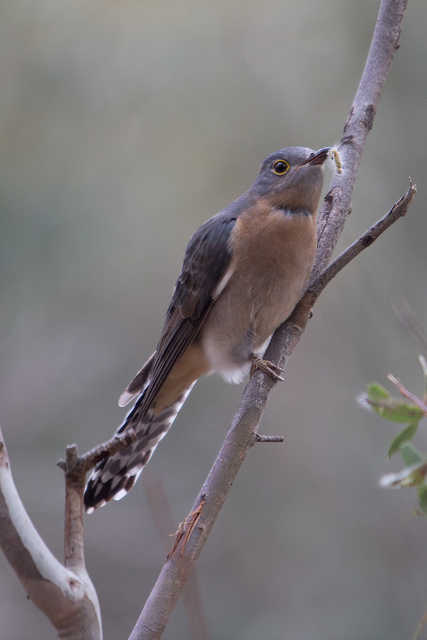 Dark slate-grey on its head, back and wings, and pale orange-brown below; its undertail is boldly barred black and white. Its legs and feet are dull yellow and its bill is black. Young birds are duller and browner, with mottled markings, especially on their breast and underparts.

A yellow eye-ring which is tinged green in young birds.

Mainly hairy caterpillars, though it eats a variety of insects and their larvae. It locates its food while sitting on an exposed perch, and catches its prey either in flight or from the ground, before returning to its perch to eat.

Birds from Tasmania migrate to the Australian mainland for the non-breeding season.

A single egg is laid in the nest of another bird, especially flycatchers, fairy-wrens, scrubwrens and thornbills (particularly the Brown Thornbill). The female cuckoo removes one of the host’s eggs, or the young cuckoo (having hatches earlier than the host's eggs) will force the other eggs and nestlings out of the nest. The host parents incubate the cuckoo egg for 13 days, and then feed the young bird in the nest and after it fledges. 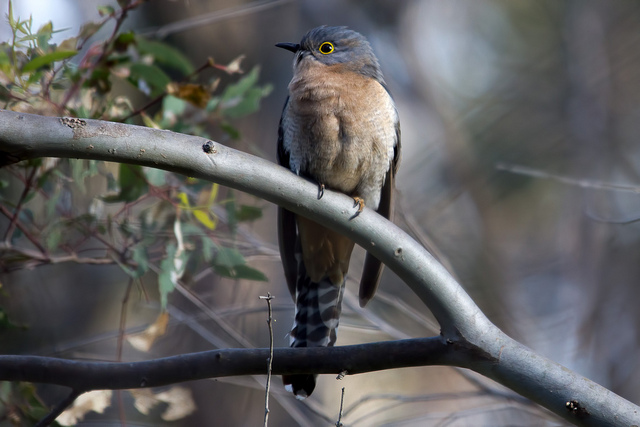 Cuckoos are very inconspicuous birds, except when they are calling, and are typically only recorded through their call. Climate change may change their breeding season by changing the breeding season of their hosts. This will most obviously manifest itself in changes in the time of year when they are calling. We would expect calling to begin and finish earlier in the year in southern Australia. The effects of climate change may also influence a change in the timing of movements by Fan-tailed Cuckoos, or even make them redundant. 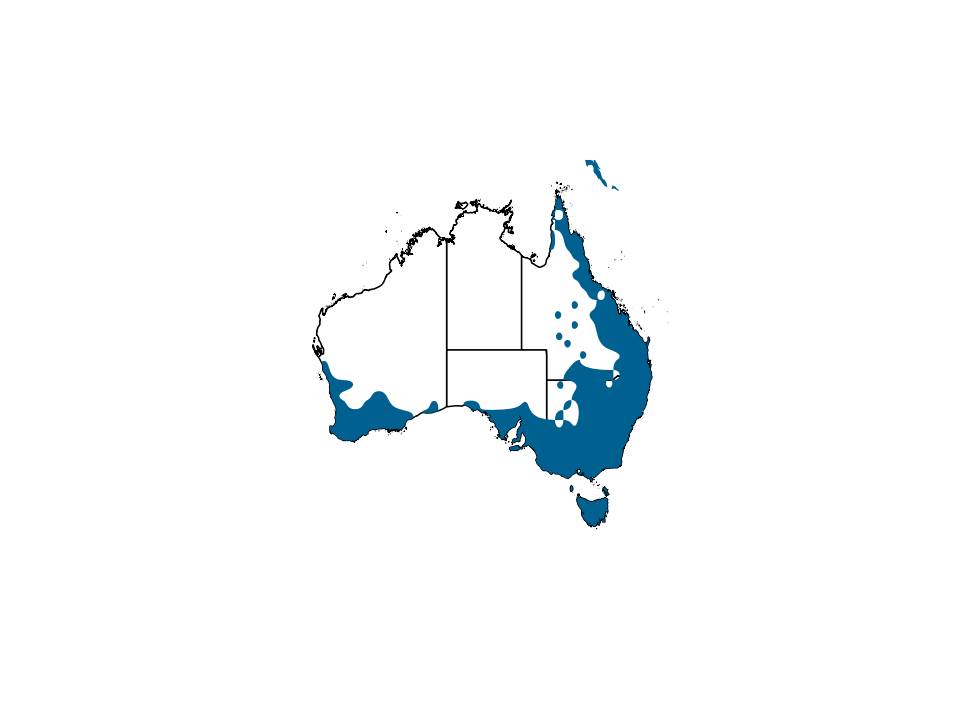 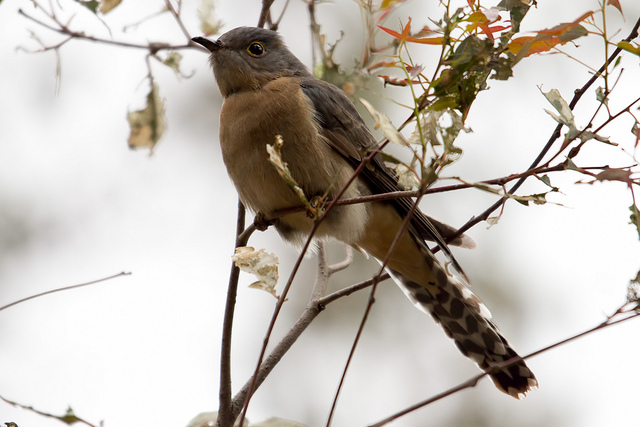 Brush Cuckoo (Cacomantis variolosus) lacks a yellow eye ring, it is smaller (20 – 24 cm), and its plumage is paler.

Chestnut-breasted Cuckoo (Cacomantis castaneiventris) has dark-chestnut underparts, has less obvious barring on its undertail and it is smaller (20 – 24 cm).